Finally after months of wait, Mr. S.P. Singh received his Bullet 500. The moment was celebrated by “weRoyal Riders Group” and Shambhavi Automotive Engineers, Baluganj. As planned, on 10th December 2013, it was decided to give keys of first Bullet 500 bike in Agra region, to make moment memorable, there was small ceremony where all riders of club were together sharing Joy of Mr. S.P. Singh. 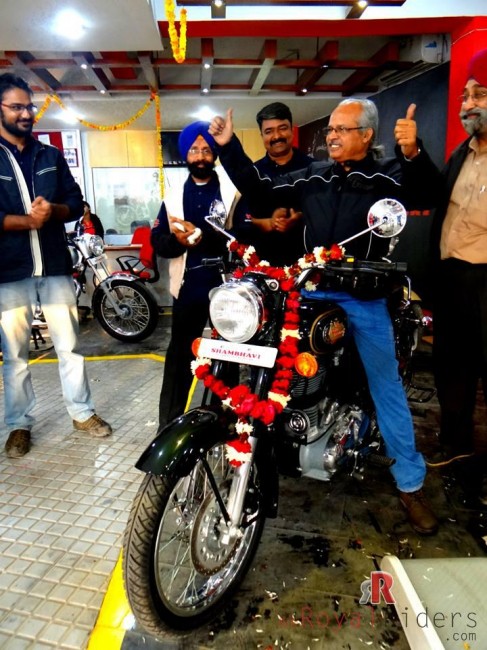 Mr. S.P. Singh and his new Royal Enfield Bullet 500, the moment of joy after a long waiting period to get bike delivered.

Though Mr. S.P.Singh is proud owner of Bullet 350 std from past several years, infact he is riding Bullet from the date when many of had not even learned how to RIDE a Motorcycle. Few months back, he decided to upgrade, he was inclined towards then newly launched Thunderbird 500 but soon he came to know about new offering ie. the timeless Bullet 500 (non-EFI) and that very moment he decided to own one.

So, the Bullet 500 was booked but as with all new RE in most of the India, the waiting period to get one was very long, it took him almost 4 months to actually ride this bike himself. So, as said, the longer you wait, sweeter it gets, and he got his real Bull. 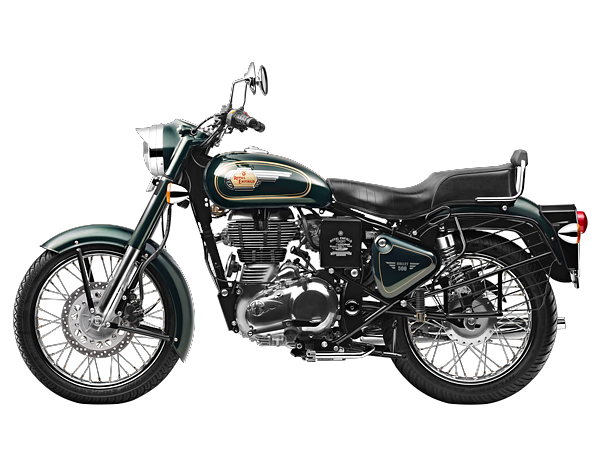 As per company, the new Bullet 500 is essentially the motorcycle with the timeless iconic handcrafted design of the legendary Bullet now powered with a solid 500 cc Unit Construction Engine with Twinspark ignition for better combustion, superior power delivery and improved fuel economy. Now technologically equipped with modern advances in engineering this motorcycle still maintains its impeccable lineage it has withheld for decades altogether.

The new Bullet 500 and a selfie by Amit James David

A group Picture with new Bullet 500

So, you can say , Bullet 500 carries the legacy of real bullet but with modern style and technology. This machine is powered by 499cc single cylinder 4 stroke giving power of 26.1bhp at 5100rpm and maximum torque of 20.9Nm @ 3800 rpm. Unlike other modern Royal Enfield in 500cc , this one has Carburettor with throttle position sensor instead of EFI. It weighs around 193 KG front 280 mm front disc brakes with 2 piston caliper. Rest of the things similar to what you will find in most of modern RE.

You can see full gallery of the even at : New Bullet 500 delivered to Mr. S.P. Singh