If you want to own a unique motorbike then you generally think about going to a customizers or simply spending hefty money on a bike which average Joe can’t afford and ofcourse in both cases, you have to be rich, rather ultra rich if you are thinking to opt for second option.

But that doesn’t mean you can not have your dream bike, there are some who creates their own without any formal planning and training. One such example is Mr. Arhunki Laloo’s work which he customized gradually and the final product was simply awesome. 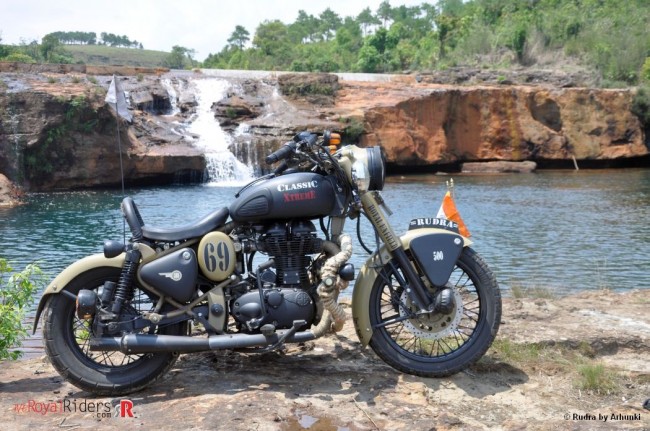 At first glimpse of bike, you will probably get impressed with its appearance of a authentic Royal Enfield yet has its very strong style statement. It has been customized to looker beefier yet maintaining charm of a classic RE bike. It wouldn’t be wrong to call it a Beast because of its stronger instance. There is whole lot of story behind this bike but in nutshell, this bike was not built by any formal planning or customization routine, rather was built over time with stuff Arhunki wanted to have in his bike. 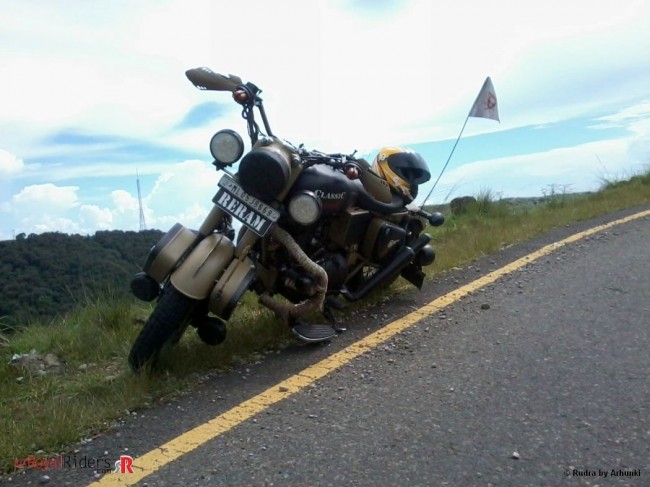 Right form childhood he was fascinated by machines and always dreamed to have one Royal Enfield. When we asked him about his inspiration and reason to have a highly customized bike, he replied “I have always, since childhood, admired modified bikes, cars and any machine which moves on wheels. I always wanted to acquire and own atleast one such fully customized machine, in this case, a bike. Back then, in my youth, I always longed to have one, but as a student, I could’nt afford. I would just admire pictures in magazines and in T.V. It was only when I started earning that I knew that the first thing I would do to satisfy my hunger was to buy myself a bike, not any other bike but a Royal Enfield. In fact, I have even made blueprints of how to go about it when I get a Bull. Out of the many, I chose Classic Desert Storm, then went ahead with my zeal of customizing it.

He further adds “I have always admired Rajputana customized bikes. I have always wanted to get my bike pimped with them but money was the constraint. Finally, I went ahead with my job myself. I didn’t want to have a Xerox copy of any custom bike, not even of Rajputana Motorcycles. I decided to do it my own way. That the look would be unique and stand alone amongst the rest. ” 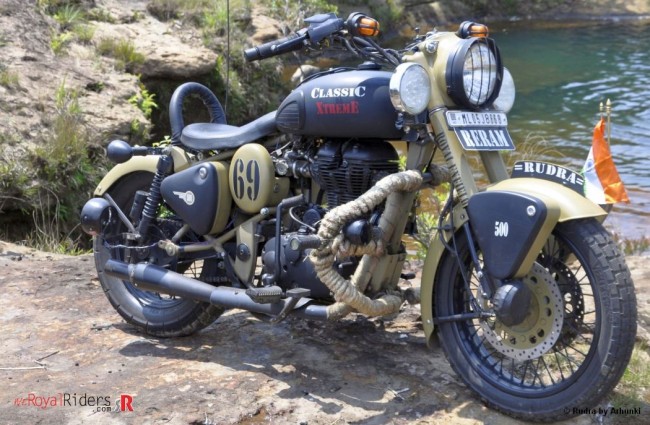 When asked about story behind name “Rudra” for this bike, he said “It means the Hindu God of Thunder and Lightning. Besides its also name of a Death Metal band which I liked. I felt it suits the looks and feature of my bike. That’s when I decided to baptize my Bike… as -=RuDrA= .

During his customization phase, he said that most difficult part in India is the parts, you know there is one such part but is not easily available, sometimes not even in big cities like Delhi and you have to wait for months to get it.

He went on describing the process of customization of this bike he said that have removed most of the original parts and refitted with something similar but different. As wanted the bike to look bigger and fatter and low in height so he went for alteration like changed the front rim and tyre, used thicker rim with thicker tyre 120/90/18” of chocolate grip. Then for stronger braking, deployed two disk brakes which not only enhances braking power as well looks sexy too. In addition, for extra room to keep tools and miscellaneous items, there is a first aid box and another box for tools on both side of the front fender. Next change was bigger petrol tank (as he regularly goes out on long ride, so the extra fuel would help suffice him journey). Moreover, the tank-bag grill for preventing scratches on the tank gives it a better look. Further he decided to convert his bike into a single seater, no wonder people call it a ‘Selfish Bike’. 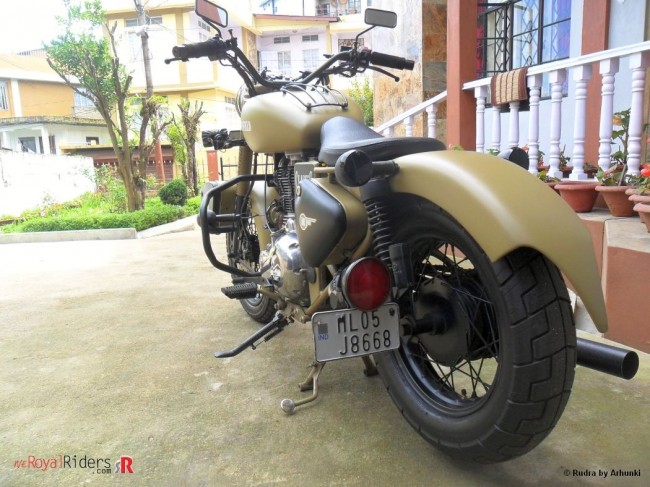 Another seat was also purchased and altered so that it would be lower, though not compromising with comfort. Then came the idea for a back rest which made the bike look better. As mentioned a while earlier, to make the bike look bigger and lowering its height, beefier rear tyre with the ratio – 140/90/15” with a 15” rim is used. After that modified mud-gaurd for this broad wheel and then used old model Mahindra Jeep’s tail lamp including a Maruti car’s rear windshield tail lamp. Then came the Enticer footrest which was added recently and was for comfort as on long rides, he used to get cramps in my legs and had to stretch them every now and then. Finally came the paint job, he wanted to retain the desert storm colour but in combination with Mat Black, wanted to do away with any chrome and shiny look. That included the rims, handle bar, engine casing, shock absorber and with everything shiny goes black. His friends disliked the idea of painting the chrome parts with mat black but he still went ahead with my plan and got it done. When the bike finally came out of the paint room and when all was finally done, his friends were awe-struck and astonished with the result. 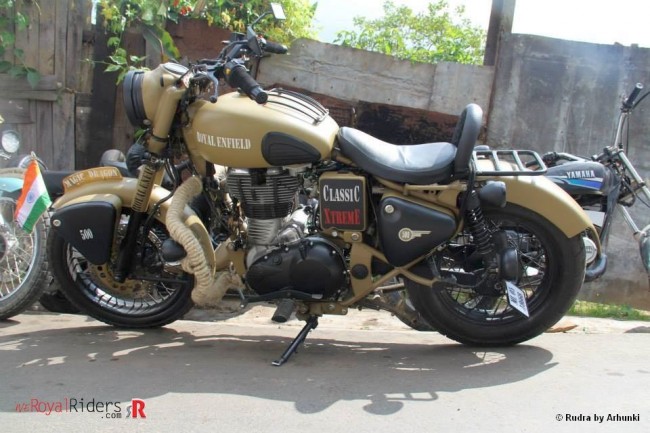 A nice contrast of colors with Matt black

Overall with all his little but precise amendment has given bike a strong personality, the combination of original desert storm color of Royal Enfield with the matt black really leaves a impression. Specially black cover of utility boxes.