The free India where we live today is because of the numerous sacrifices made by uncounted people throughout the country during the struggle of Independence. Although, we all know about various memorials built around the country in the memories of those martyrs but little people know that Agra and around was also center of many such movements. On this Independence day, weRoyal Riders rode to pay homage to martyr of one such lesser known Chomrola Station Memorial built at village Jamalnagar Bhains. 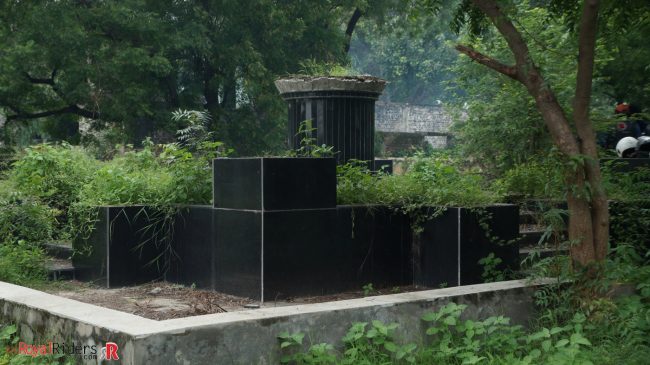 The forgotten memorial of Martyr of 1942 revolt of Chamrola Station

The Memorial at Chamrola Station was erected on the occasion of 25th Independence day to pay tribute to martyr of 1942 revolt by farmers who took over the whole station in support of Quit India movement lead by Mahatma Gandhi all over India.

This movement was popular as ‘do or die’. The evening after the Quit India Resolution was passed, Gandhiji addressed some memorable words to the Indian people. The words were very electrifying as, “Every one of you should from this moment onwards consider yourself a free man or woman and act as if you are free. … I am not going to be satisfied with anything short of complete freedom. We shall do or die. We shall either free India or die in the attempt.”

Mahatma Gandhi and other Congress leaders were arrested next day resulted in countrywide protest hartals, strikes, processions followed the arrests. Here at Chamrola Station, the police replied with lathi-charges and firing which resulted about 125 injured people as well as death of Ulfat Singh, Saahab Singh , Khajaan Singh and Soran Singh who were leading the revolt. 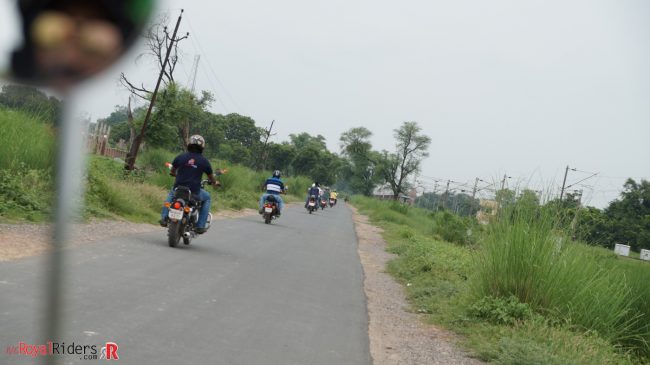 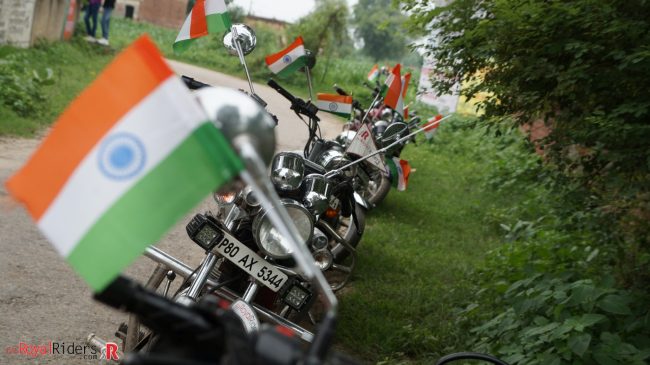 The Memorial here bears name of all those martyrs however now its completely neglected. As per information available there, it was renovated in year 2006. Villagers also said that there used be huge gathering every year on 15th but when we reached there , there was nothing, it was even hard to find becasue was all covered by plants, bushes, a clear victim of negligence.

weRoyal Riders instantly decided to clean this place as well as make it more visible. And with collective effort of Riders, in few hours, it was clean and visible again. We found few stones with engraved information about this memorial. Though were heavy but gave them suitable spot.

Finally after Rider’s brotherhood and effort, this place was more lively and recognizable. Although this memorial need regular attention but atleast we started it. Hopefully, it will inspire villagers and people around to continue maintaining it. This place is near Chamrola station but still has a soulful feeling and peace. After this little voluntarily contribution towards memorial to bring back it in shape, all Rider felt blessed and we salute to all those who gave upon their life for the freedom we enjoy today. 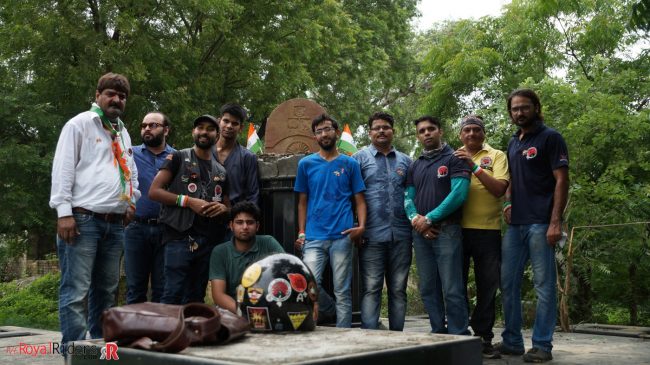 Tired but happy weRR members after finishing the job of cleaning the memorial .

However, weRR’s 15th August celebration was not yet over, we wanted to make this Independence Day Anniversary more memorable. Members of weRoyal Riders further participated in blood donation camp organized at Hotel Mansingh Palace. 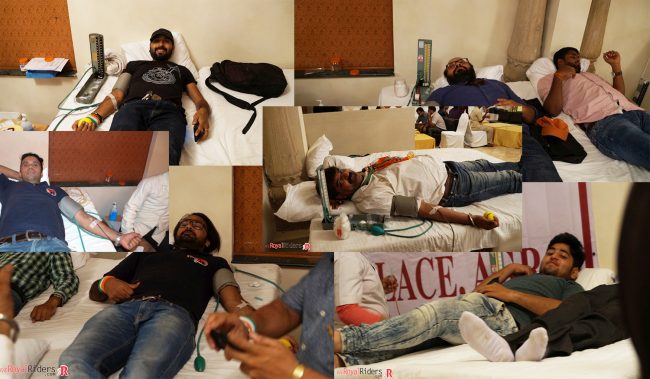 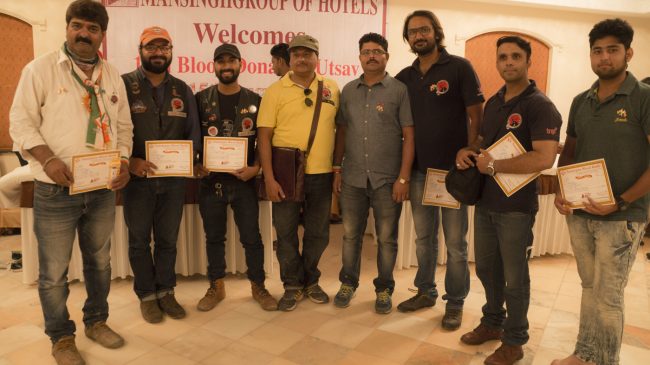 weRoyal Riders with Smile after blood donation – was a big day.

It was a busy day for weRoyal Riders, we first rode to a lesser known memorial near Chamrola Station and get to know about martyr from 1942 revolt and pay them tribute, We then devoted our time in cleaning up that place and making bringing it in shape. Later Riders of weRoyal Riders Motorcycling Club of Agra donated blood for greater cause. Overall, it was a pleasant and soulful experience for all us.