One of the leading automobile car manufacturer from Japan known to us as Nissan Corporation has hit the news shores one again. One of the latest upbringing by the company under compact SUV segment named as Nissan Terrano has finally got it’s back portion sketch revealed in the Indian market today. Earlier, company had unveiled the front sketch which create a buzz among the automobile fans. Though based on the Renault Duster, the Terrano’s rear end does showcase the different design adopted by the badge engineered Nissan. 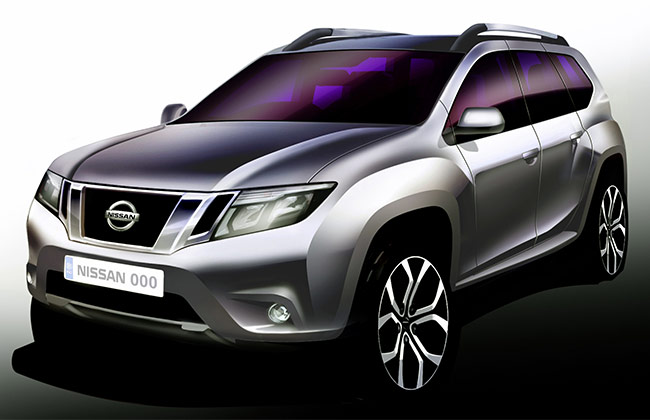 The success of Duster is driving many companies to foray into the compact SUV segment, we have just reported Mahindra working on compact SUV S101 and now we have another ie. Nissan Terrano underway. If you remember, few days back Ford Ecosport was launched and it has been so well received that now company has stopped its booking. 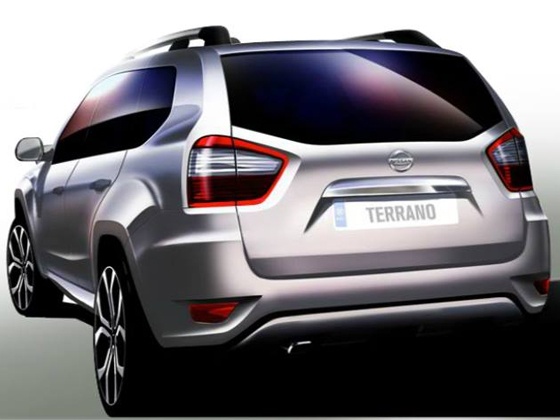 The much anticipated compact SUV Terrano will be launched by September-October, this year. However, from the launch company is also planning to revamp its entire range of vehicles it sells in our country. The Terrano will cost about Rs. 50,000-75,000 more than the Renault Duster. In terms of styling, the front face of the car include a new revamped bumpers, new headlights, a big Nissan badget and honeycomb design which make it look slightly different and attractive as compare to Renualt Duster. Some of the changes on the back side includes a revised tail lamp, rear plate. Apart from exterior changes, it looks like it might not gone under any interior changes which will make the product more expensive.

When the first teaser sketch of the Terrano was launched, the President and CEO of Nissan Motor India Pvt. Ltd, Kenichiro Yomura said “I am delighted to reveal both the name and the very first image of what will be a very important model for Nissan. You can see from the sketch that the Terrano has a bold and distinctive design, which I am confident will appeal to our growing customer base in India, as will its driving performance and a range of other features that will be revealed at a later date,”

Nissan which witnessed a fall in the Indian auto market in last few months, hopes to regain the momentum, by launching as many as new vehicles by 2016 by expanding its dealership base.