Japanese multinational automaker familiar to us as Nissan Motor Company Ltd is going to launch a new facelifted version for it’s not so successful automotive machine in the ranges of MPV segment in India. Nissan Evalia MPV was launched last year with a lots of expectations but as per the company sales records this vehicle was unable to deliver a minimum desired output. 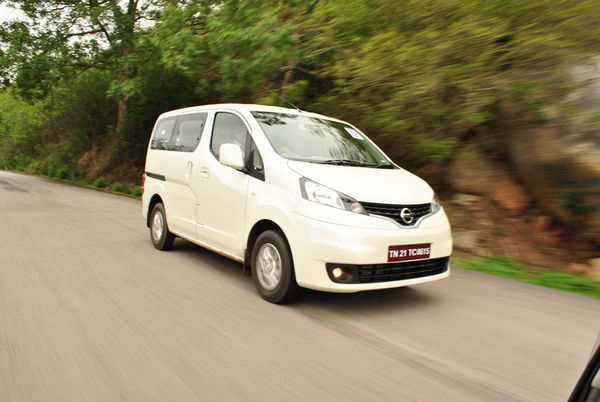 At the time of launch, Nissan company officials said, ” that we are targeting to beat the Toyota Innvoa presence in the Indian market” but instead of breaking their sales record it was found to create a mere space for itself by selling only 2000 units of MPV till date. To enhance this sales records, company has announced to introduce this model with a number of additions and improvements which will make it more attractive and helps in enhancing it’s all round sales figures. As per the industry experts view, the current generation model of Evalia has been accepted as a van rather than a utility vehicle for the use by individuals. Being a result, the Japanese company failed to report decent sales figures for the model with an average of close to 177 units per month between January and May 2013.

Though it is termed as not successful product but as per the per the design and overall look of this machine, we found the Evalia boasts of massive interior space, a decently built cabin and dynamics which make it extremely easy to drive in spite of its massive size. And also, company has marked the price of Evalia quite well too, offering many features standard across the range. In terms of powertrain, the Evalia’s is powered with 1.5-litre k9k diesel unit which is quite frugal and returns a quite decent mileage. As per the company officials, this machine was expected to deliver nearly 20kmpl in city but as per the user reviews it is able to return 15 km/l in city driving conditions, which is easily class leading against all the other competitors.

Some of the advance features which will be there to improve the overall styling from exterior as well as from interior will be the quality of plastics in all around the interiors is expected to be enhanced, accompanied by richer materials. One of the major drawback or reported as a complaint by most of the car buyers was the fixed middle window, which is expected to be re-engineered to make it slide in the new generation model. The launch of a reworked model of Evalia is expected to set new standards in the MPV segment of the Indian auto industry and completely stir the competition. At present, Evalia mainly squares off against the likes of Toyota Innova and Tata Aria.

However, on the other hand Toyota India reported monthly sales of around 5,670 units for its iconic Innova MPV during the same period. However, company will soon update all it’s improvement and advancement of features as soon as possible.

For more information on technology, stay tuned with us.