Road Safety in India is a complicated issue in India. There is no wonder we have chaos everywhere on roads as there is lack of awareness for need of road safety measures and precautions. You may see people turning without any indications, taking U-turn at places where its almost impossible to even stop a car and above all, zipping through lanes as if they are non-existing, most of the people on road feels that it will hurt their ego and reputation if they follow rules and regulations over road. We can write a whole novel on how irresponsibly people behave in traffic and how they never regret. Hence, in effort to contribute something to society, today we became part of a cause to spread awareness among general people about road safety through the ride which was organized on August 2nd, 2015. 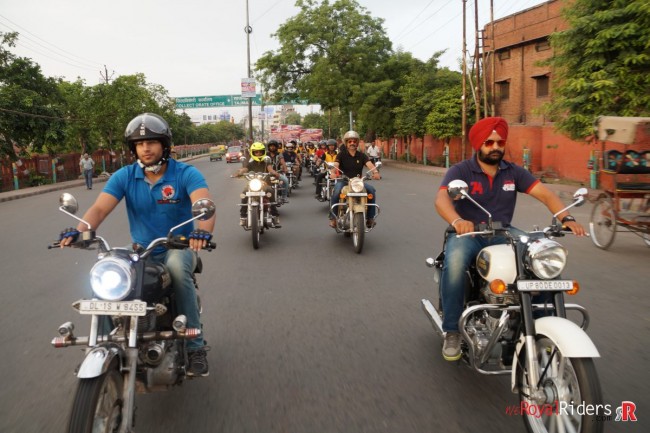 Riding with sensibility to spread the awareness.

The event was organized in collaboration with Agra Orthopedic Society with special contribution from Dr. Ashok Vij along with various other organizations including Panjabi Samaj, Rotary Club, Heritage Honda, MotoRoaders and other social activists. Through this awareness ride, we requested people on roads to follow rules, regulations. Brochures were distributed and banners were used to make appeal to people for the cause. Event concluded with Oath taken by several people to follow safety rules and inspire others also. 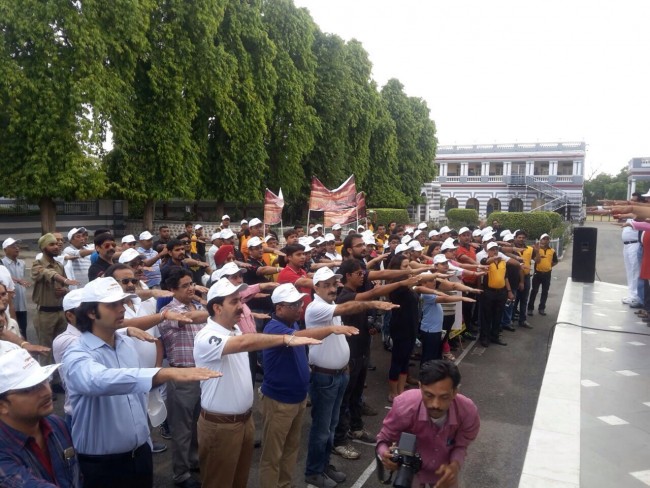 Taking oath to spread awareness about Road Safety and following it.

As weRoyal Riders, every member of our Motorcycling Club is always committed to inspire others to follow rules, regulation and spread awareness for safety. We do it on regular basis as see people ignoring rules and safety precautions. Our club’s first and foremost requirement is that whether its a group ride or riding solo, every riders always follow riding rules and safety measures. We have personally seen many people being inspired, so need of time is to spread the awareness and encourage people to be more sensible. This way we can not only assure our own safety as well can make roads more safer for others too.