If you are an Harry Potter Fan and also Royal Enfield loyalist then I am sure you have already noticed light blue colored Royal Enfield 500 in the 2010’s movie franchise “Harry Potter and the Deathly Hallows: Part I”. Now that very bike used in the movie,modified to for the need of flick is on display for few weeks at the Liverpool Museum. The museum has displayed the bike on loan from Warner Bros Studios Leavesden Limited. 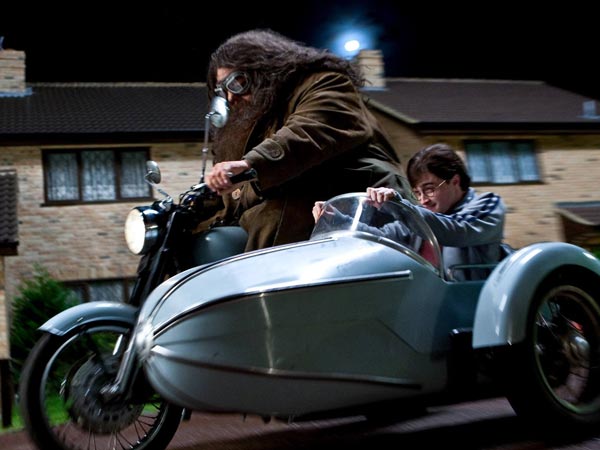 Undoubtedly Royal Enfield are bikes of choice of Indian movie maker but for its old-school charm, it has been also featured in many movies world wide. Harry Potter movie franchise from year 2010 also featured this iconic bike. Though bike was flying in the movie where Hagrid who is the loyal friend of Harry Potter in the movie used the bike for an incredible and dangerous chase, which includes a superb underground road tunnel journey.

On international standard, Royal Enfield bikes are quite under powered but they do have their own charm. The bike used in the movie was registered in year 2009 was used in the movie coupled with a Manx sidecar from the English company Watsonian Squire. 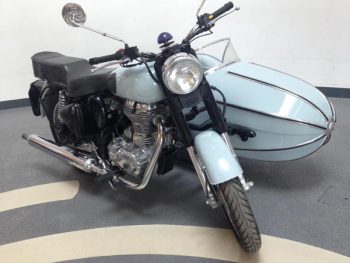 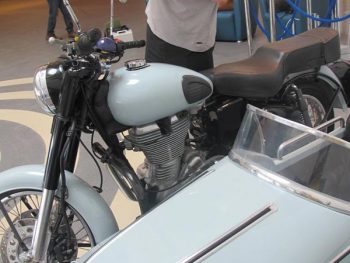 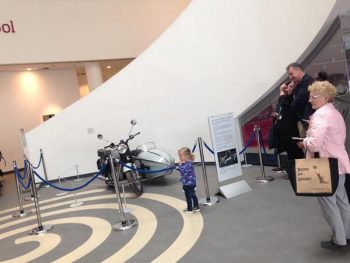 Royal Enfield at Display from Harry Potter movie in the Museum.

Probably Royal Enfield had sponsored bike in the movie and even shared a small video on their channel in 2011. Here is it if you wish to check it out.