Riding high on their recent success, Royal Enfield is now more committed to be a major player worldwide in Mid-Size motorcycle business. They are in process to invest Rs. 500 crores in order to ramp up their production capacity as well as will setup two Technology Center. 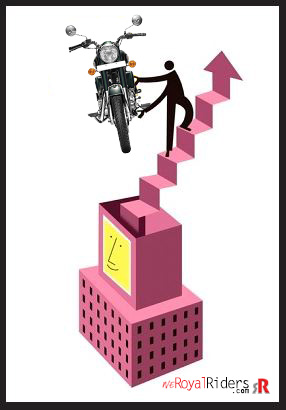 Those so called o technology centers will be established in Chennai and the UK. The larger one will be at a new 4.5 acre property that the company has acquired on Old Mahabalipuram Road in Chennai and will be operational by second quarter of 2016. A smaller satellite center is being set up in Leicestershire, UK and will be operational by the end of 2015.

By these technology center, its obvious company is focusing more seriously on product research and development as to be a competent player in worldwide market, Royal Enfield needs to have better insight of technology in its products as well as strong strategies.

Since these technology centers will be functional by 2016, you may expect to see more exciting products from company coming years at regular intervals as already it is said company is working on new engine and bikes.

Meanwhile Royal Enfield continues to grow at a phenomenal pace and last year made astonishing best sales figure of 3,00,000 units in 2014. In current year, they plan to manufacture 4,50,000 units, thus almost a 50% increase in production is expected.

But don’t desire for any relief in long waits to get the new sparkling Royal Enfield bikes, although they are improving their production capacity, their demand in royal enfield enthusiasts is growing with a pace never seen before.