It has been news for a while that Royal Enfield is working on new bigger engines. As per reports Royal Enfield’s R&D centre in the UK is developing a 600-650cc twin-cylinder motorcycle specially targeting markets in US and Europe.

With launch of Royal Enfield Himalayan, RE showcased their new LS410 engine which is said to most refined, peppy and reliable power plant from Royal Enfield. Though new engine is better but still it is not in the competition in western markets like US and UK where brands like Harley-Davidsons, Triumphs and Indian rules. It is because unlike Indian sub-continents, Motorcycle is leisure sports and passion there and they prefer bigger bore engines. Though Royal Enfield has been gaining grounds but its machines are considered in light weight category. 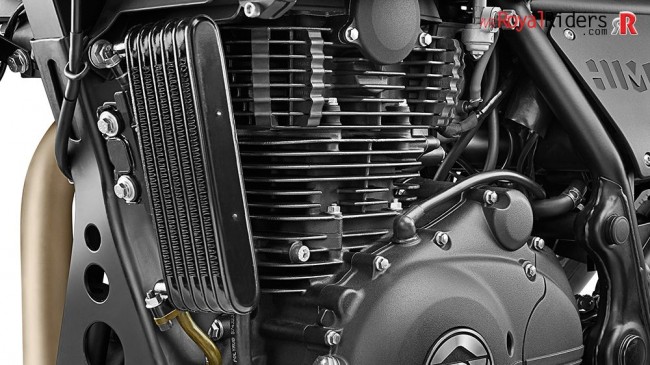 Image shown only for representation.

With their new power mill in 750cc category, Royal Enfield plans to be biggest player in mid-size motorcycle segment worldwide. To achieve this ambition, CEO Lal has relocated to London to drive its product push in global markets. It has set up a technical centre in the UK and a marketing and distribution subsidiary in the US, which is considered as the biggest two-wheeler market in terms of revenue.

As per reports by Etauto , CEO Siddhartha Lal was cited saying that “Our current motorcycles really don’t hit the right highway speeds” and hence they need to work on a product which can come over that shortcoming in their product lineup. He further said “We have the next platform, which will address that need”.

It confirms the work on upcoming global product, even if it is developed for overseas market, obviously it will find its way to India very soon. Apart from the motorcycle targeted at the global market, Royal Enfield also has new and bigger versions of the Classic (codenamed D41) and Thunderbird (D61) under works. These, too, have been built with an aim to be offered in global markets.

Eicher Motors, which has been one of the best performing automotive stocks riding the success of Royal Enfield, has been growing at a healthy pace of over 50% in the past five years, led by the Classic motorcycle. But with the Classic now losing its novelty value, Royal Enfield is vigorously working on what people in the know say is a new phase for the company.

And if Royal Enfield launches a bigger twin cylinder bike then they will make sure that their customer remains loyal unless decides to go for 1 liter capacity machine or over.