weRR, a Bike Riding Group of Royal Enfield owners from city of Taj has followed RE’s tradition of celebrating One Ride every year. Generally our ride calender is full of exciting rides and events, but we never skip OneRide. Even though some of our riders are currently on Ride to Uttrakhand, but still those who were not able to join it, celebrated ONE RIDE today.

Go to Picture Gallery of this Ride

As per Royal Enfield, “starting 2011 the FIRST Sunday of April came to be celebrated as the ONE RIDE day where Royal Enfield owners all over the world were encouraged to take their motorcycles out and ride. This year the ONE RIDE took place on the 3rd of April and was celebrated across the world. This celebration is in line with Royal Enfield’s philosophy of promoting the adventure and leisure riding under its ‘keep riding’ initiative”.

On the occasion of one ride, we wanted to have destination not very far and yet far enough to enjoy the day riding and exploring that place. Fatehpur Sikri was the chosen destination. We have been to this place several times but there is always something new to this place every time you visit it. Also, summer at our city is relatively hot, today it was scorching 42 deg. Celsius so wanted to sum it before before sun gets too hot. Further, this One RIDE was more as Rider’s get together and RIDE than exploring something (we don’t have anything new to explore in several hundred kilometers around us as we have been to almost all known / lesser known places).

As said, Fatehpur Sikri is big enough to give you something new everytime, this time we decided to go on the backside of the monument and completely skipped the main monument. There are lesser visited area and we had chance for little off-roading. We also had some fun moments where riders had to get down from roads not meant for bikes at all. 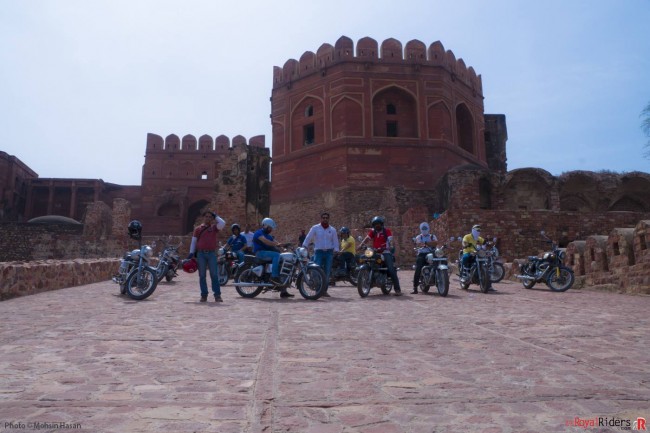 Fun all over – weRR at back of Fatehpur Sikri with their Royal Enfields.

Nevertheless to say, Agra is blessed city in terms of Historical Monuments and Fatehpur Sikri, which falls in close proximity to Agra is a whole ancient city and full of History. I will not go in details about its History and architecture but but it is quite planned and vast. I am a native of Agra since birth and still if I see layout plan of Fatehpur Sikri, I can see many places I am yet to visit there. Though we skipped most of the regularly visited part of monument, still went to the central courtyard surrounded by, Panchmahal, Khwabgah, Madarsa, Deewan E khaas etc. 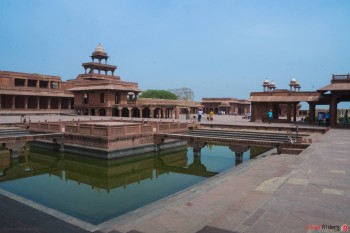 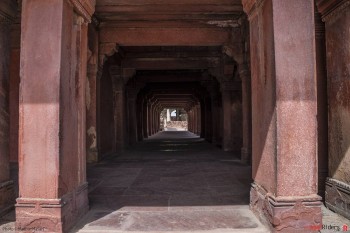 There are many such beautiful pathways at Fatehpur Sikri 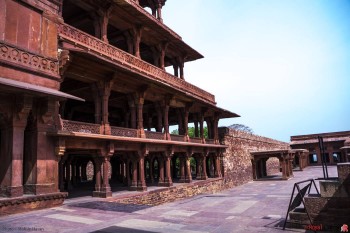 Earlier it was easy to go to back side of Monument on bike but then about a year back ASI rebuilt this pathway so that no two wheeler can pass through it, however, with determination and group effort, you can do things which may never do alone. We decided to go down despite of huge steps not meant for bike. Royal Enfield Classics had little trouble but Thunderbirds, Electra and Standard crossed this without any issue. 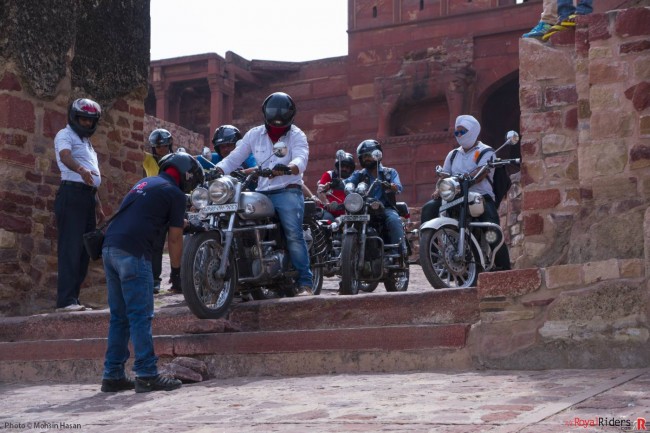 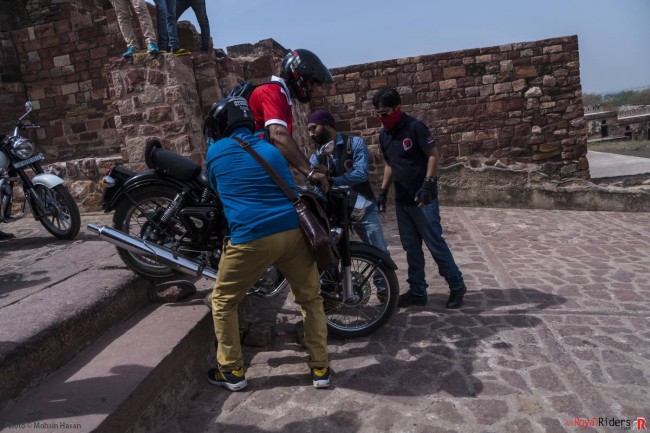 There were these huge steps , but with team work, all bikes crossed it.

Overall , it was all fun and enjoyment with company of weRR fellow riders and its always fun when riders are together. We had beautiful lunch at Ganpati Resort in way to Agra. Still there are lots of things which can’t be documented, can be felt only when you actually attend a ride, it never matters whether its a long ride or a short one, above all its the company of like minded people (Riders) which makes every ride memorable.

Some more pictures from the ONE RIDE 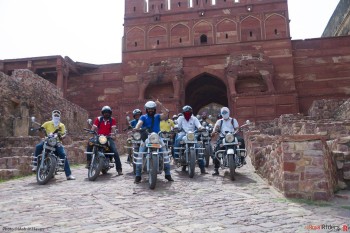 weRR on their Royal Enfields

This part is known as water works as per ASI. 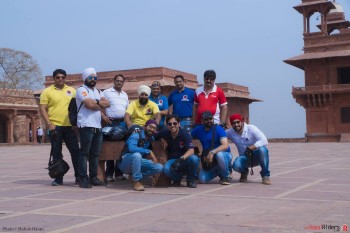 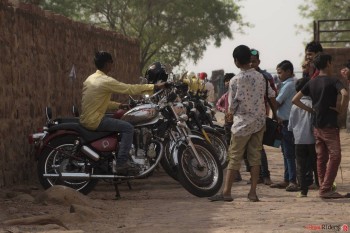 As usual, kids snapping with our Royal Enfields. 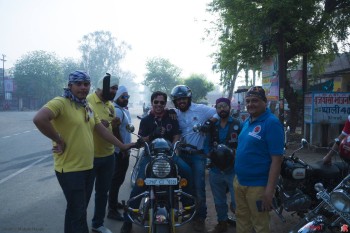 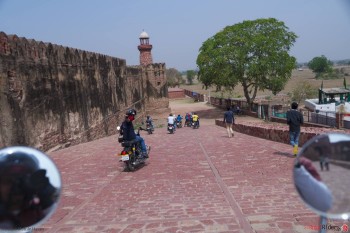 After crossing big staircase on bikes. 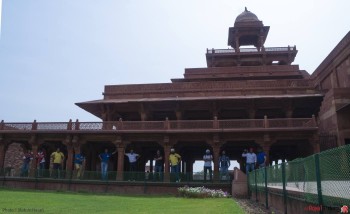 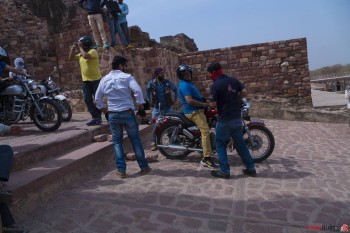 That smile after successfully crossing those big steps. 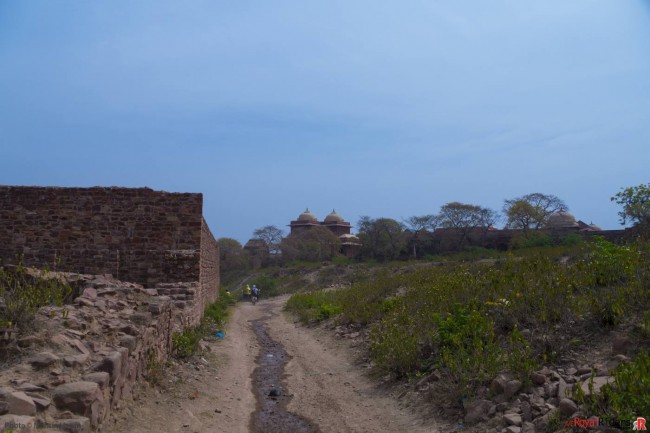 Tasted little dust too around. 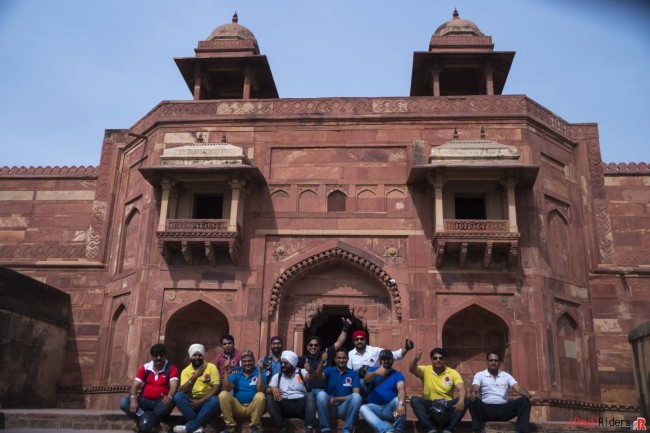