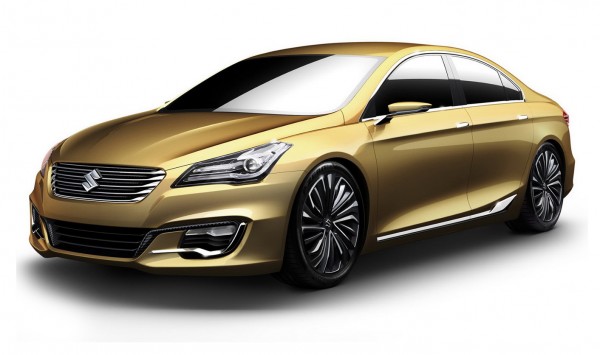 The all new Maruti Suzuki YL1 is ought to be launched on the base of the LUV “Ertiga”. It is equipped with a 1.3-litre Multijet diesel engine which can produce maximum power of 89 Bhp and maximum torque of 200 NM. This all will be mated to five speed manual gearbox. It will also have a 1.4-litre K14M petrol which can produce both power and torque of about 94 Bhp and130 NM which is with an automatic transmission of gears. It is also have some features which are common now a days in all the premium cars such as key less entry, push start button, 15″ alloy wheels, puddle lamps, leather seats and AC vents at rear.

Over all the new Sedan seems to be the combinations of features both from SX4 and the Ertiga. The car seems to be an opponent of Hyundai Verna fluidic and Volkswagen Vento. Now, Maruti Suzuki is trying to capture all type of car segments whether it is a family car or sedan or SUV, definitely can be trouble some for other competitors. It would be interesting to see how the Brand war goes on in this segment of cars.