Compact SUV’s are enjoying a great response from the Indian market segment. And to increase the competition in market our beloved “Skoda Yeti” is all set with its facelift versions to make a debut at Frankfrut motor show in September 2013. The new Skoda Yeti is among the cars to be launched at the show. This time the changes in the car would also be in favor of the off-road lovers too. 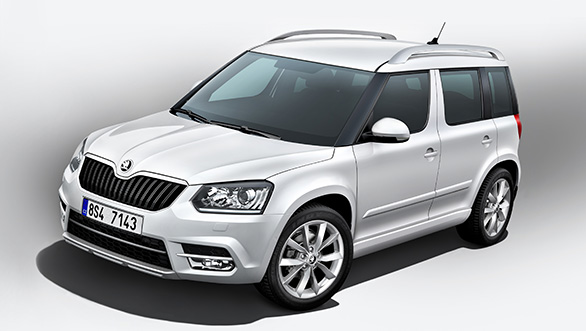 Skoda Yeti to be launched in Frankfrut motor show 2013

The all new skoda yeti this year would be unveiled in 2 distinct models. Model one is for the city use purpose and another one is an off-road model. The new compact SUV would be having the changed front and rear body lineup. The front face shows inspiration from the Vision D concept. It will be mated with an all new refined engine and gearbox. The car is now dressed up with the new and good looking alloy wheels. The old version was having centrally mounted lights which are now replaced by rectangular-shaped bio-xenon headlights. It will be also featured with the new eye catching grill at front and new daylight running LED’s. If we talk about its interiors there is a new Integral active steering and more options in seat design and covers. It is also featured with the an automatic parallel parking system and a rear-view camera. While going to its safety we get 9 airbags.

The main basis for the distinction between both the versions are the changed front and rear bumpers, belly guard, side moldings in the off-road version of Skoda Yeti. More changes are done to its road guards at the base and the doors for the off-road version. The four diesel and three petrol engines remain unchanged. The 168PS 2.0 TDI engine comes with a 6-speed dual-clutch automatic transmission. The modest 103bhp 1.6 TDI now gets an optional 7-speed dual-clutch automatic transmission.

The things are really very much distinct in both the new versions of all new Skoda Yeti. But, these all changes are done keeping in mind the needs of the customers. Now this is to be seen how far the all new Skoda yeti will fulfill the expectations of customers.