Do you know, it was because of Indian Government that you are still riding your beloved Royal Enfield.  Royal Enfield was once very popular motorcycle manufacturer but in 1960’s and 1970’s , better and reliable Japanese motorcycle invaded the world and Royal Enfield finally ceased production at their Redditch factory in 1967 and the Bradford-on-Avon factory closed in 1970 as they were not able to cope up with demand and competition.

However, little before this, in 1955, the Indian government  was looking for a  suitable motorcycle for its police and army needs which includes  patrolling the country’s border. Since Royal Enfield were selling in India from 1949, the Bullet was chosen as the most suitable bike for the job to server Indian Govt. The Indian government, then  ordered 800 350 cc model Bullets, which was supposed to be a very big order in those time for a motorbike company. In 1955, the Redditch company (the RE owners) partnered Madras Motors in India in forming ‘Enfield India’ to assemble, under licence, the 350 cc Royal Enfield Bullet motorcycle in Madras (now called Chennai). Under Indian law, Madras Motors owned the majority (over 50%) of shares in the company. In 1957 tooling equipment was sold to Enfield India so that they could manufacture components. 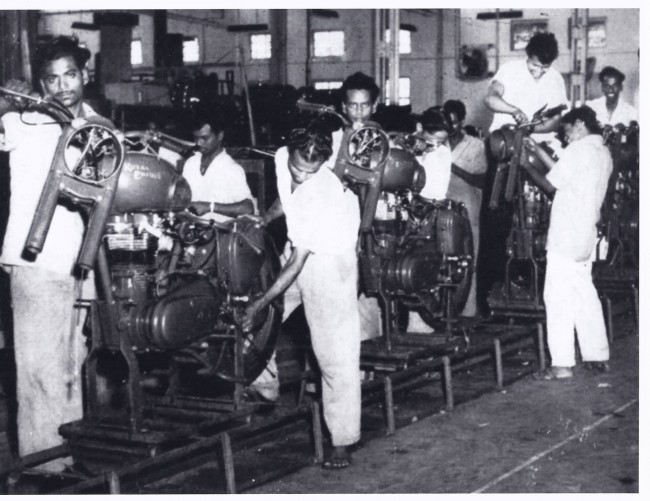 And hence by 1962, they were manufacturing complete bikes. Enfield of India bought the rights to use the Royal Enfield name in 1995 and hence finally a became complete owner of the brand. Royal Enfield production, based in Tiruvottiyur, Chennai, continues and Royal Enfield is now the oldest motorcycle brand in the world still in production with the Bullet model enjoying the longest motorcycle production run of all time.

Thus it wouldn’t be wrong to say that “Indian Government” saved your beloved RE because the parent company was dissolved in late 70’s and its only because of their venture in India (which later became independent entity) we are still seeing legendary thump ruling the roads. As we all knows, now the demand of Royal Enfield bikes has surged so much that company is unable to fulfill it , still have month’s long waiting period. It has to be noted also that it is also being exported world wide and is considered as Modern legend with Charm of Past.