Royal Enfield holds a special position in Indian biking world for its unique Retro-Modern style and manly presence. However, it is also one of the most preferred bike brand for custom modification in India. And to further strengthen its ground, company has itself unveiled their first ever factory built custom bikes. These motorcycles have been built in the UK and were showcased at the Wheels & Waves custom bike show in Biarritz, France from 8 to 12 June. 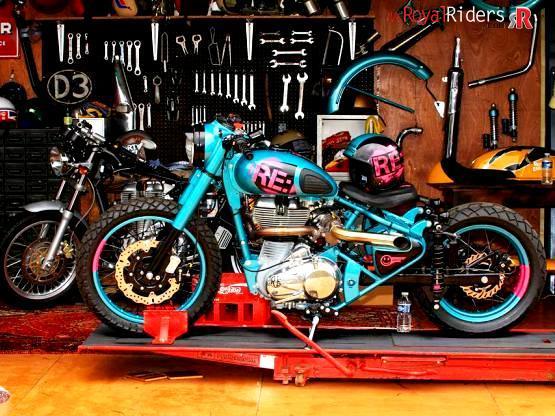 Mo Powa with Turbocharger – custom build from RE

These two bikes are custom built for completely different purpose, one is called Dirty Duck which is an off-roader with go-anywhere abilities based off Continental GT while other is inspired from dragster and named as “Mo’ Powa’” and feature customization and improvement to offer power to 500cc Classic Royal Enfield. 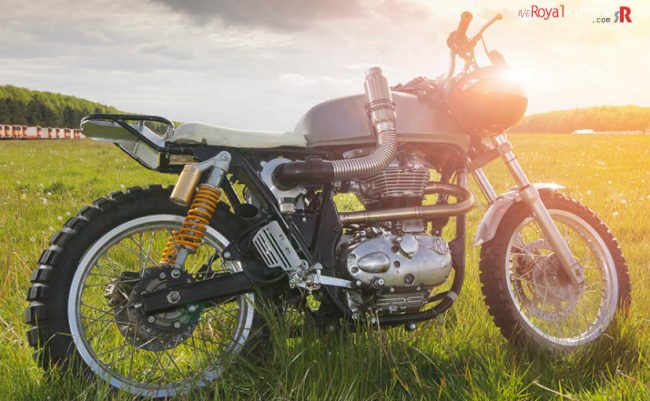 Starting with Royal Enfield Mo’ Powa’ , this is the first custom built from company and it offers interesting turbo-charge feature to increase its power. It has made from Royal Enfield Classic 500 and inclines towards drag biking. The company has skipped fuel injection in favour of carburetter fuel system. Moreover there is no air-box and some gauges on the stock bike have been replaced with a boost gauge and an air-fuel meter.

Though its made from RE Classic 500, the company has incorporated swing arm from Continental GT to increase the wheel base of the bike. Have also lowered forks and flattened handlebars and the K-Tech twin rear shocks mounted on lower mounts which completes the look of a dragster.

The front wheel has been retained while the rear is a new Excel Rim larger than stock and fitting for the drag strip. Stock tyres have been replaced with Continental TKC70 dual sport tyres. The hand-built exhaust has been fabricated by Harris Performance, and is constructed out of many small sections of tubing. 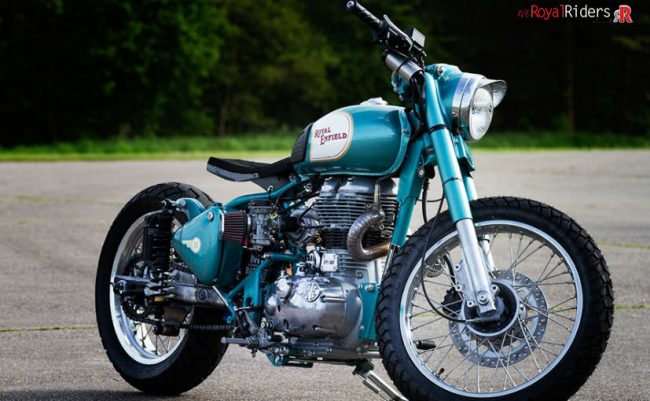 The Dirty Duck on the other hand is completely different bike, they have used Continental GT and converted it into a “survive anywhere” off-roader. The main attraction of this bike is its deep-water wading snorkels making it more practical in watter-logged adventures.

The bike sports chunky Continental TKC80 tyres on the factory rims to accentuate the off-road theme. It also has an aluminium sump-guard to protect the underbody, engine and transmission from any damage from below. Also, the overall chassis length of the custom motorcycle has been shortened to make provision for a luggage rack. 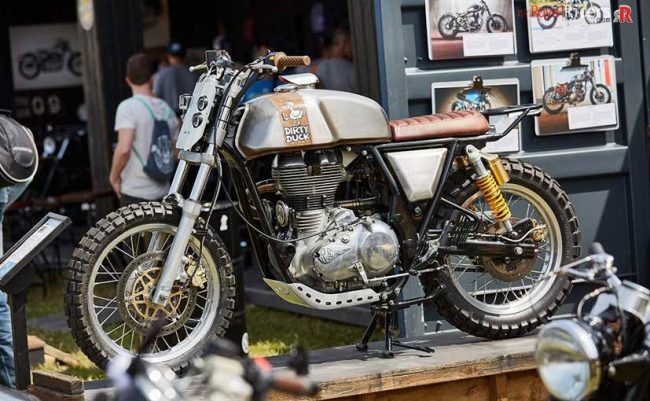 The official custom off-road bike from RE