Royal Enfield has fans everywhere, however, we have not seen many customization from Japan. Tonight I stumbled upon a Custom Royal Enfield from Japan which, at first appeared to be a simple odd customization of the bike but later as I went into detail, it was not that simple, but rather a very comprehensive one and representation a particular style.

So here is this bike, the final work.. : 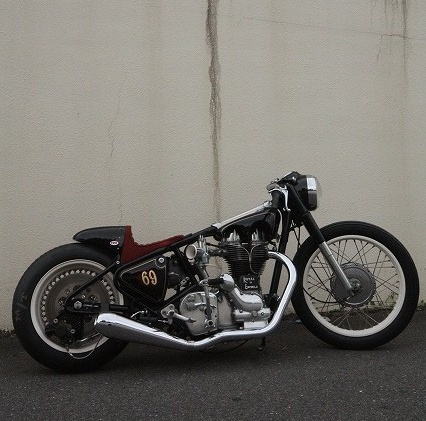 This is the final product, this is over all Japanese style of modification.

At first, I ignored it thinking as a some novice and odd attempt of modification to a Royal Enfield, but if you look closure, its all professional work carried out by Japanese Custom “Stoop Motorcycles”. They have worked good enough to make this bike unique, however the only problem with us is our taste. Clearly for Japanese its something different. 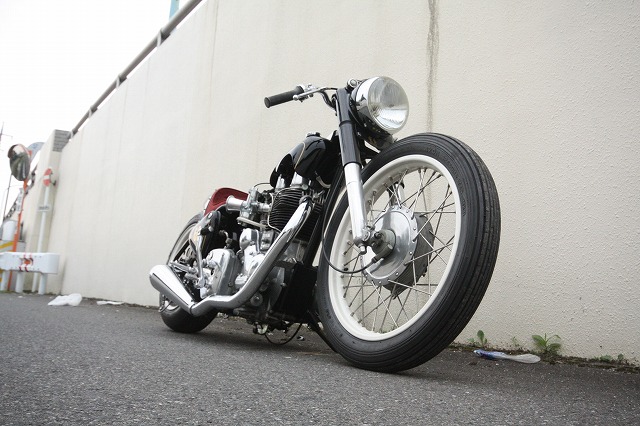 This bike has a low seat as well very little ground clearance.

What I noticed in this bike as well some recent custom bikes a saw on internet from Japan that they tend to love bikes with very low seating position, probably similar to cafe racer style in custom bikes as well they also prefer them to have very low ground clearance. I need to clear it again, this observation is not just form this bike but also some other bikes modified by other customizers in Japan. I can’t decide which kind of bike they made as it has element of Cafe Racer as well as a bobber and then that rear fat wheel which is actually taken from some car. They have completely replaced the swing arm from their custom work. See that large disc brake nicely crafted at rear. 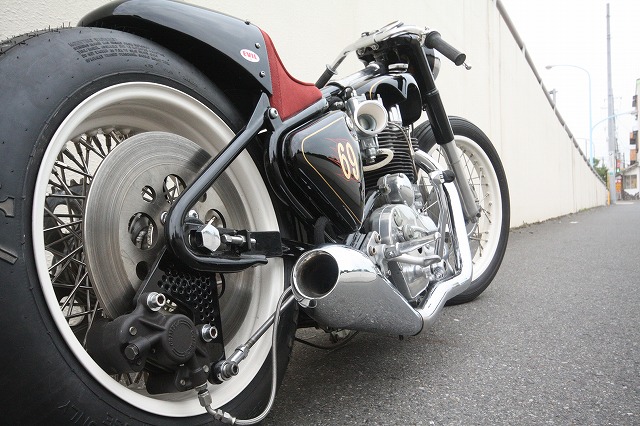 They have taken an old Royal Enfield with caste iron engine, below we have picture of donor / original bike and some other snaps while work on progress. 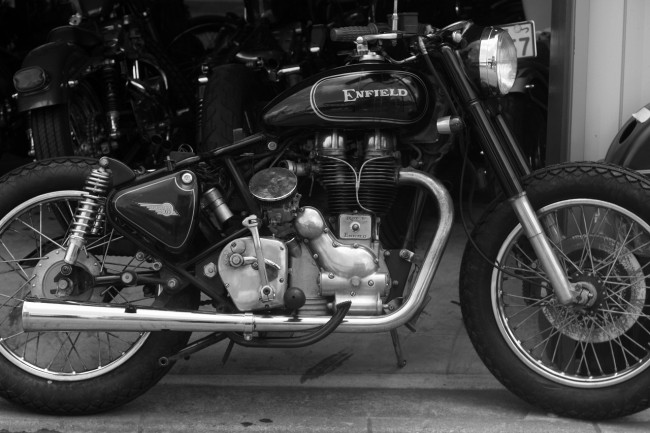 The original bike used as Donor for their custom work.

However, the kind of modification we see here is that customizer has retained a lot of original legacy of Royal Enfield, for instance the front barrel light or we call handi in hindi in local lingo is intact, the petrol tank has been redesigned but its still is RE tank. Side panels of original RE are still there. So, if you look closely it is apparent they wanted to have a design which crave for original bike along with current Japanese bike art trend. I can feel that how beautiful it is for the targeted audience ie. Japanese. As for now for us, it is something more about curiosity than its awesome design.

Disclaimer : This article is for information and recreation purpose only.While uttermost care has been taken to make sure that it does not hurt sentiments or emotion of anyone, if still you feel something is not correct then please let me know in comment section, I will make correction ASAP. If you have any views, comment or idea then please again do leave it in comment section. Moreover, you can also join our community forums and start your own discussion at this site.