Today I will share some of the facts and figure about the original Continental GT of 1965 from Royal Enfield as well will discuss about the current Continental GT 535cc. So, as we all know Royal Enfield for their classic legacy, one of the reason for their existence is their Retro and Classic approach to bikes. Not only it made them one of the oldest production motorcycle maker in the world as well as they have huge following worldwide. Every now and then Royal Enfield (though not too frequently) comes up with newer version of their bikes, be it Thunderbird second generation or the new Continental GT. 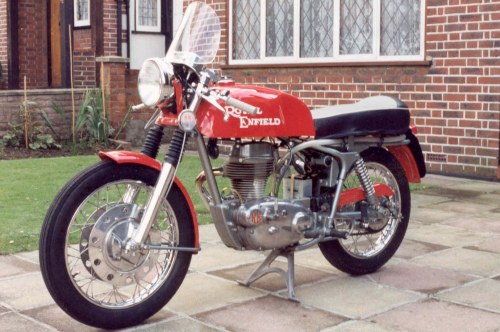 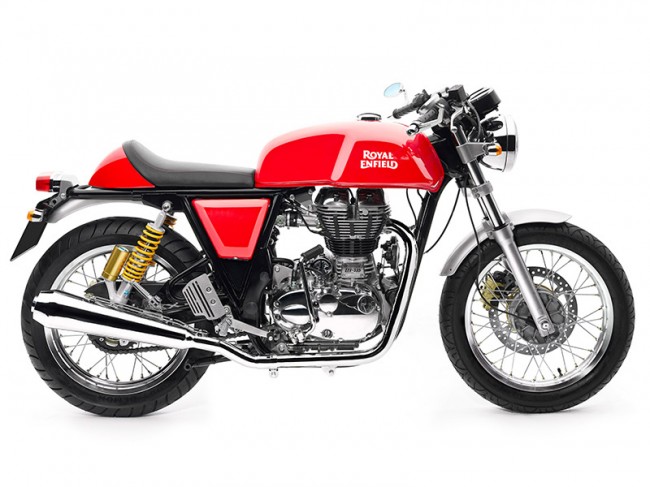 Last year Royal Enfield launched 535cc continental GT and brought us a retro cafe racer with modern touch and technology. It was their effort to add another bike their stable and something new for Royal Enfield Enthusiasts, and they say they have worked hard on it to make it special and unique. As per Royal Enfield, its their fastest, lightest and technically advanced bike in production. But if compare it with other powerful bikes (Rs. 200,000 segment in India) then in this price range, we can easily find mightier and more powerful bike easily, for instance Duke 390 which cost lesser than Royal Enfield Continental GT and produces enormous 44 bhp of power with its 374cc engine while Continental GT produces 29.1 bhp with its lot bigger 535cc engine. Definitely its engine was not designed to be peppy and powerful like KTM from ground up, but on papers and in terms of price, there is nothing that much exciting about for power hungry , race circuit rats on this bike at given price point. Even then Royal Enfield has been marketing it rigorously as racer .. a Cafe Racer (we will come to that term later in this article). I personally don’t think it will make a strong reason to buy this bike. However, if get in flashback then the actual continental GT, which was first introduced in 1964 to public(though a prototype was already built in 1963) through a very intuitive branding stunt by then Royal Enfield was a bike of dreams for all young guns at that time. It was only 250cc bike but was proved to be Britain’s fastest 250cc bike at that time. 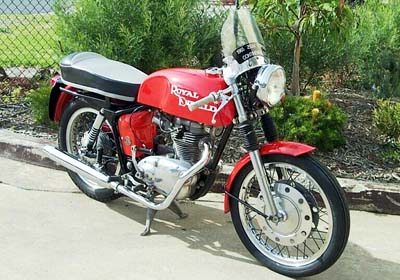 The fastest 250cc bike at its time.

A little before that, there was new culture developing in UK where there were new roads developed and by that roads, several cafe spurred up to support those new motorist on these network of Roads. These motorists were tinkering their bikes, using low bar handle, tweaking their engines to get more power and thus a culture of cafe racer was born. These Cafe served up as their pit stop while they used to show off their mean machines on the roads.

It was actually a time in UK where 250cc engine bike was considered legal to ride for learner without passing a test. So, most of the youth were driving 250cc at that time. The Cafe Racer culture was at peak in these days but Royal Enfield was struggling to maintain consistence production and profits because of advent newer, lighter and better alternative from Japanese and Italian automotive makers in the market. The Japanese were advertising big, all magazines and newspaper were regularly filled with their campaigns. Royal Enfield, which was facing cash crunch decided to go intuitive and hired famous racers including Geoff Duke and John Cooper to ride a 24-hour sprint with five riders from John O’Groats to Land’s End. On the way they planned a stop at Oulton Park where Geoff Duke would ride several laps and also a stop off at Silverstone where John Cooper would do the same. John Cooper rode several laps at Silverstone at an average speed of 70.29mph (114 kmph approx.) , with a fastest lap of 73mph (117.5 kmph approx.).

It was then all over bike news and made them the fastest 250cc bike at that time. Eventually it became a synonym of entry level sports bike and in 1965 Royal Enfield started its production but due to various reasons and one of being not able to fulfill demands of this bike along with others like Meteor and Constellation in time by late 1960s the bike rode away from market as well as from mind of people and Royal Enfield closed its production in 1967. 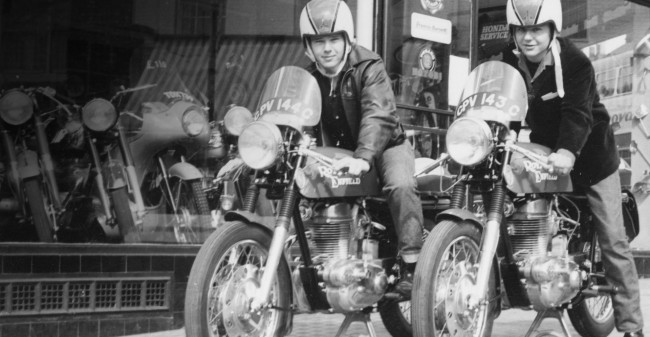 So unlike today’s Royal Enfield Continental GT, the one from 1964 was one of its kind and was really fastest bike in its segment. With its meagre 250cc engine, it was able to produce 21 bhp of power at 7500 RPM. Now if we compare that with today’s 535cc single cylinder engine which produces around 29.1 bhp and is not at all fastest bike in this segment then only thing left for this bike is that its a Royal Enfield which is peppy. Ofcourse they do have several advancement in this bike from suspension, engine improvement, wheels etc. but they are new to RE only, not to the current biking scene. 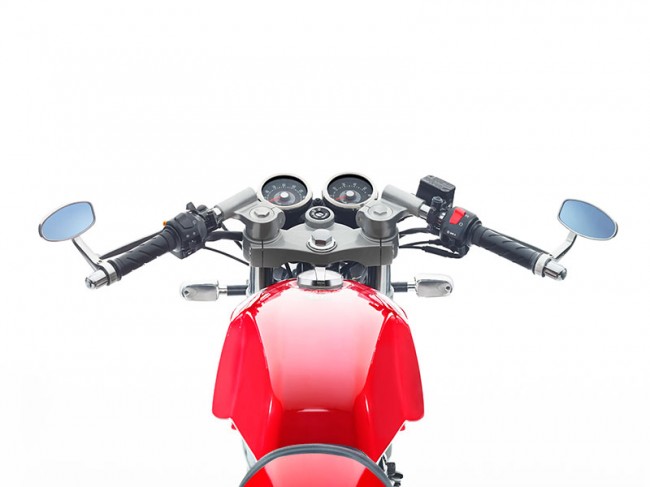 No doubt Royal Enfield is trying to take that legacy back to modern times and there is nothing wrong in that. Rather it has been their niche, developing and producing bikes with retro design and modern engine. But for most of the Royal Enfield Purist, it was nothing exciting when it was finally launched. You will not find any Royal Enfield Enthusiast or Rider suggesting you to buy Continental GT, instead they will ask you to buy Classic, Standard or even Thunderbird if you are planning to tour a lot on your new RE.

But that never means there not many takers, even when Royal Enfield was not making Continental GTs, the modern UK was still using modified Royal Enfields with kits like “Clubman” to quickly convert their stock Royal Enfields to Cafe Racer. It could be the reason that new Royal Enfield 535 Continental GT was first launched in UK and then later in India. The bike is making good notes on the sales charts for RE and their are several new kind of buyers coming to Royal Enfield because of the new GT.

If you remember, when at the start of this century, Royal Enfield first introduced Thunderbird, it was not well received by purist but now how many Royal Enfield Thunderbird you see around. So even if purist deny, Continental GT will only help to increase penetration of Royal Enfield among us, it may not be the most selling bike from Royal Enfield ever but definitely many wants to own one.

Do let me know what do you think about the continental GT and the current Royal Enfield Purist, definitely there is lot more to share about the bike but may be some other time. If you find any error or correction the feel free to let me know. You can leave you comments or register in community to start your own discussion on this site.