The month of December is much awaited month for our club, as it marks great celebrations for us, starting with our annual Barbecue party, then Christmas party at Amit James’ house, followed by New Year’s eve, before ending with our Foundation Day on 5th January. 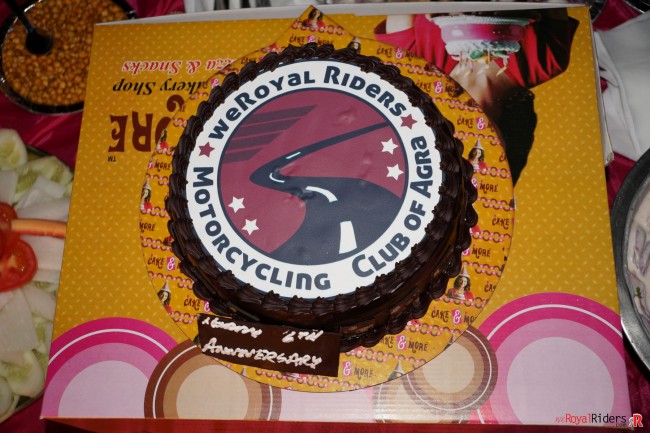 This year (2015) however, the Barbecue party was postponed as several new riders wanted to become members and be a part of this fest. Hence Rajesh bhai decided to coincide it with our foundation day, as this arrangement suited most. The place for our Barbecue party as usual is Mohit’s out house at Rajrai. 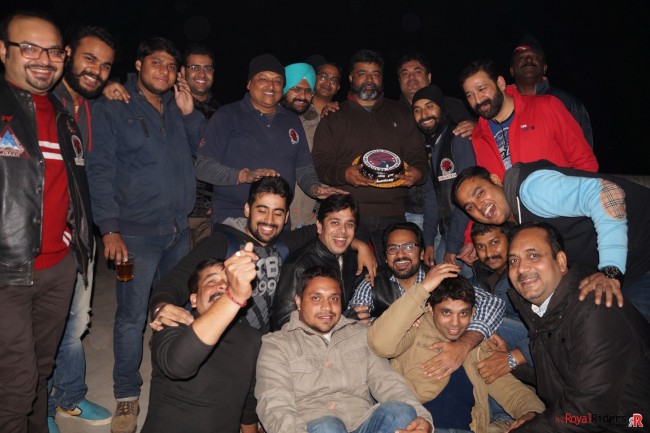 Another jolly moment with the cake holding weRR emblem.

Duties were taken up by respective people, RB and Viks took up procurement of materials, Mohit took initiative of sending the invites and arrangements at his place, while booze was arranged by Flight lieutenant CK. Official photography duties were accepted by Mohsin, who was pretty keen to try out his latest photographic hardware.

Veg and Non Veg brasseries were setup separately keeping in mind food habits of certain members. The preparations turned out to be excellent in every possible way, accompanied with fresh vegetable salads, starters and yogurt prepared by Viks.

DJ duties were taken up by Swapnil our newest premium member, ably supported by Viks. While everyone was enjoying the evening Sankalp surprised everyone with an excellent anniversary cake with club’s emblem.

Later half of the party was dedicated to introducing new and old members of the club, accompanied by anecdotes on how they came to buy their Royal Enfield and how they want to put it to good use. 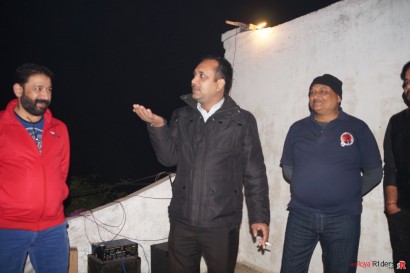 Amit Sharma talking about himself.

Swapnil Mahajan talking about himself.

Abhishek Panday discussing about himself. 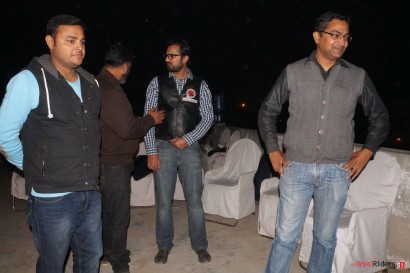 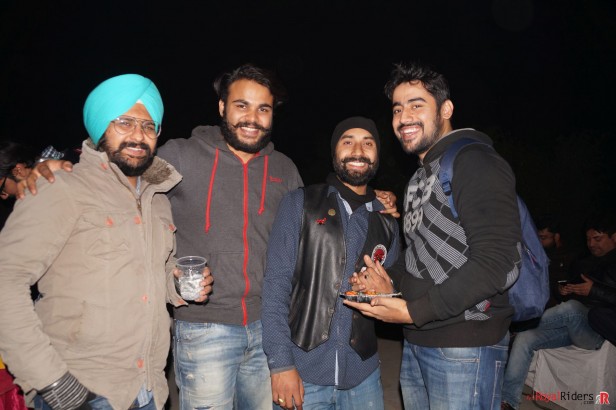 The party ended with credits to leading riders of the year and a vote of thanks to all involved in making it a huge success.

Some more pictures from the event : 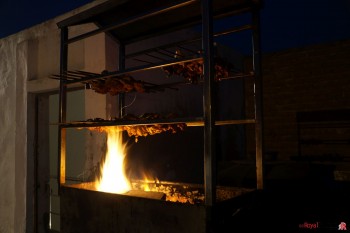 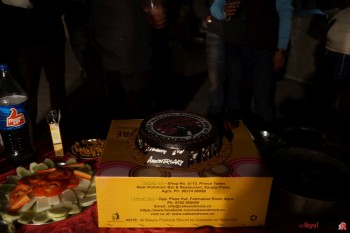 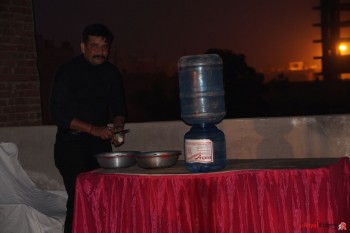 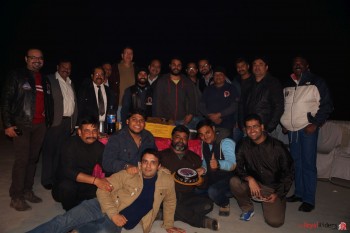 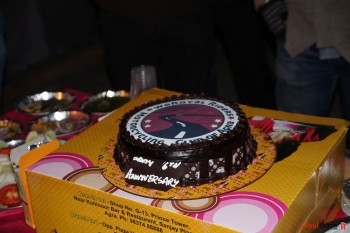 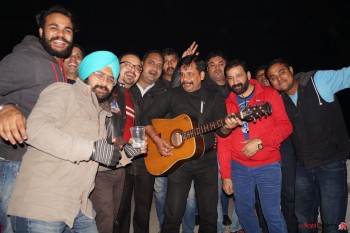 Mr. Shukla aka Viks with his Guitar and the club song. 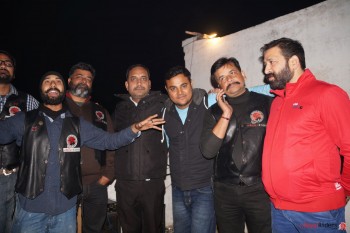 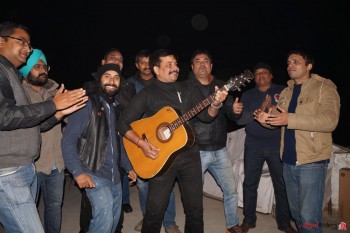 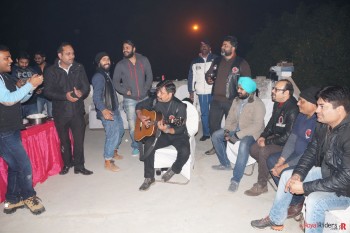 View all posts by Himanshu Bansal →