Although Royal Enfield is working to launch their much anticipated adventure and tourer bike “Himalayan” which will be one of its kind in India as well as from Royal Enfield. But there are rumours that RE is also working on 500cc version of Bullet Electra bike. 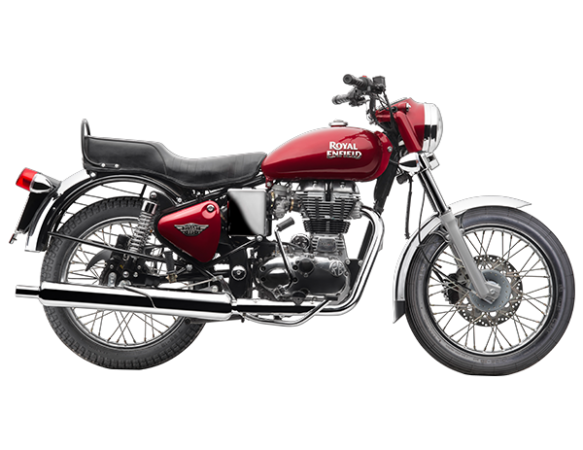 As per Rushlane , they have information that 500cc version of Electra is in pipeline. The RE Bullet Electra is currently only available in 350cc engine.

The launch of RE Electra 500cc does make sense as after launch of Himalayan, it will help them to keep momentum in bike sales which is already 50% more last year if compared to 2014 sales. Seeing the history of bikes launched from Royal Enfield with minor changes and calling them new bike, sometimes even colors , this new RE Bullet Electra is not a surprise. This is will add a new bike in their portfolio with very little effort as primarily they will be using tested RE Bullet Standard 500 platform for this bike with minor outer changes. Most probably, the difference between current standard 500 and Electra 500 will be cosmetic only which will include chrome fenders, difference color scheme etc.

It is expected to launch in second half of the 2016 and will give RE enthusiast one more reason to smile.