While on way back to our Resort from Bhangarh, it was dark and it started raining too, we decided to take a halt at a small town like place where we all cladded our self in rain suite, but as soon as we got prepared for rain, it was over. Anyways, reached our Sariska Inn resort and got refreshed, took dinner which was served very late and was bad. After that everyone went to sleep wanted to get re-energized for next day. Mohit Chauhan, one of our rider who is now living in Delhi due to professional obligations, gave us surprise by joining us at the resort in evening riding from Delhi to Alwar for us. Everyone was quite happy see him.

Next morning, it was decided to go for Sariska National Park, also known as Sariska Tiger Reserve, we got early and after taking tea, we took off for Sariska which was about 35 kms from the place we were staying. 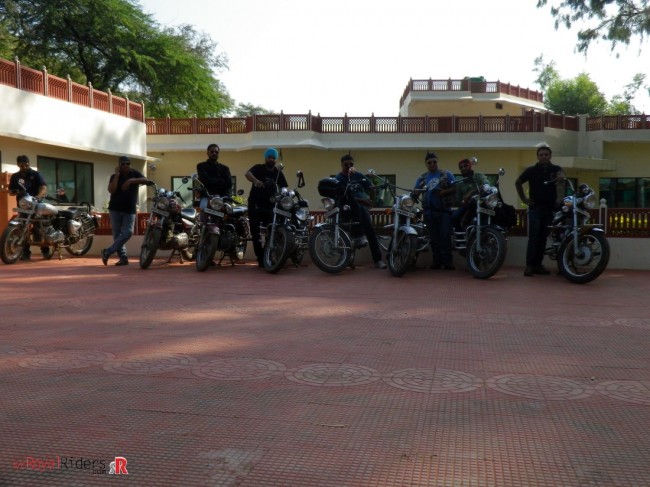 Good Morning Sariska – about to leave for Sariska.

Finally riding for about an hour on comparatively good roads, we reached Sariska. We were surprised to see a lot of crowed and people already at the entrance. Once we entered Sariska, we saw muddy road and lots of greenery and were told to see animals. We were not fortunate enough to spot tiger but still we spotted some wild animals enjoying their morning. 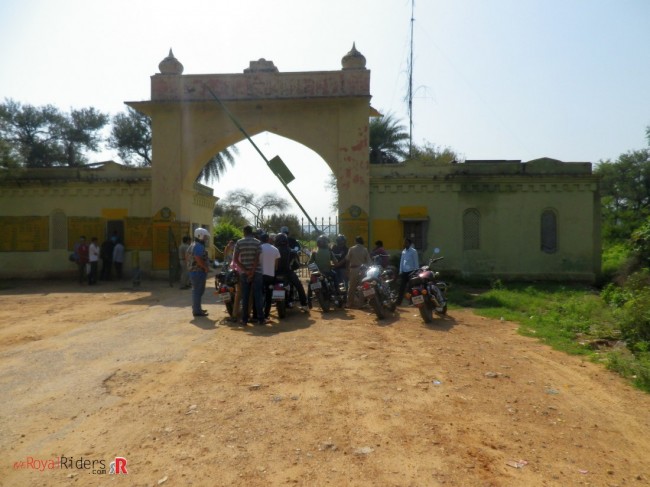 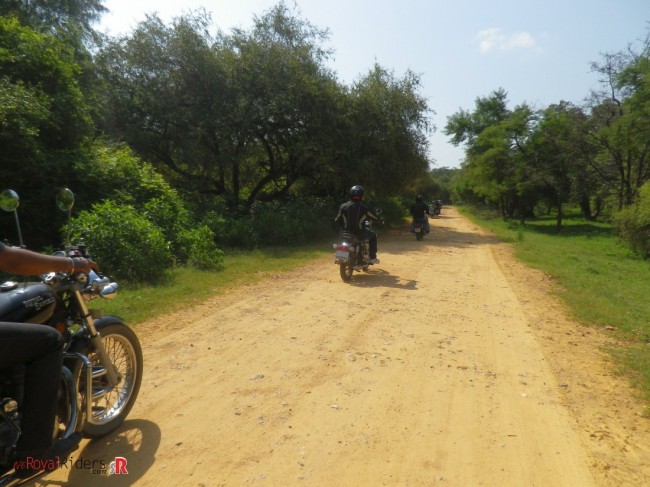 Riding through Jungle on Royal Enfield 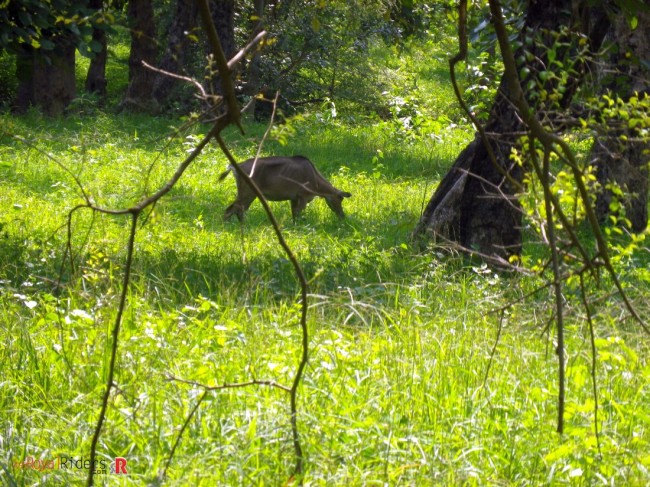 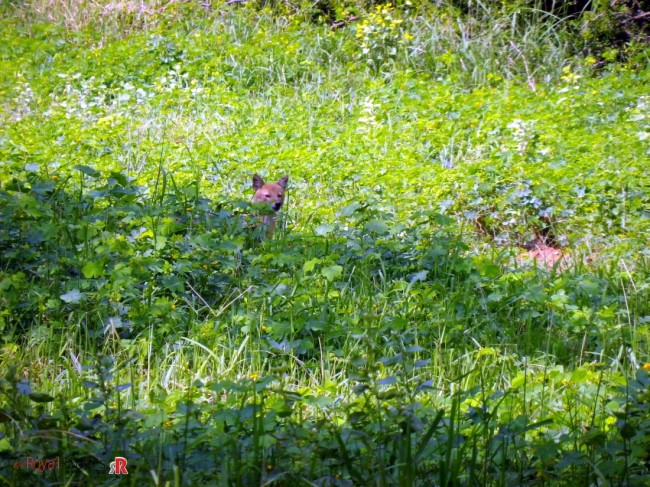 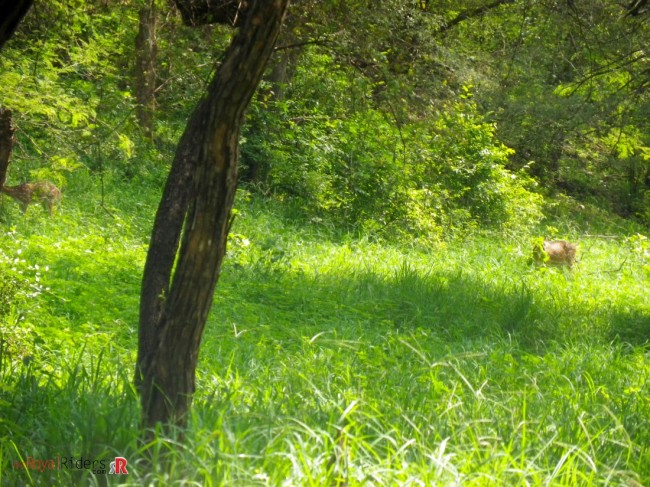 Deers spotted by us in Sariska National park. 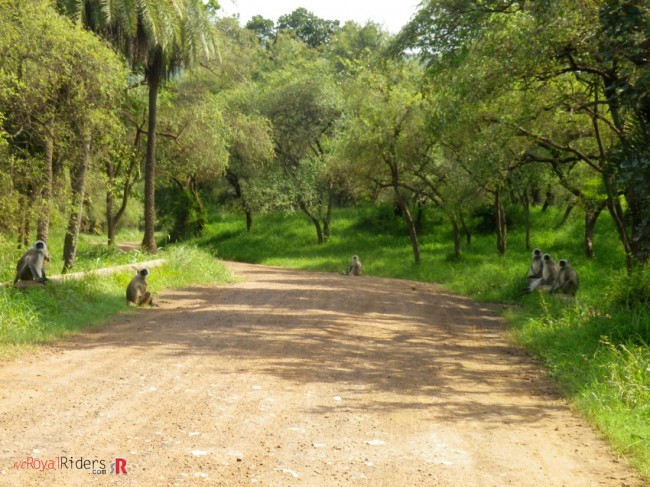 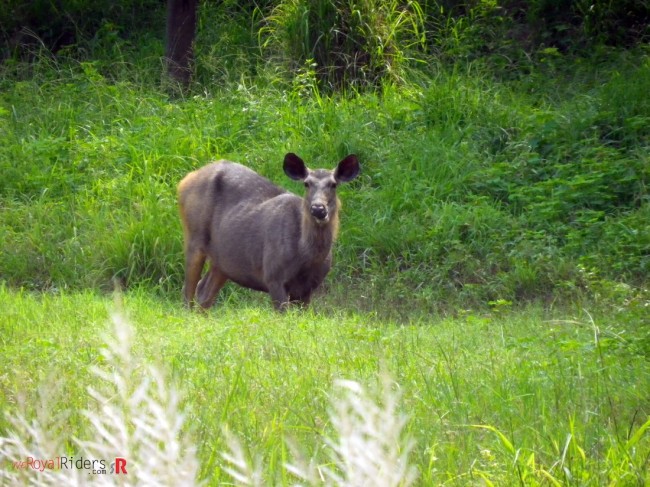 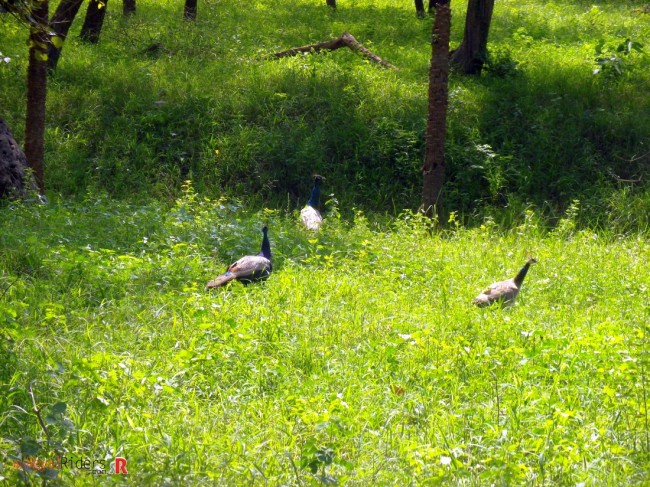 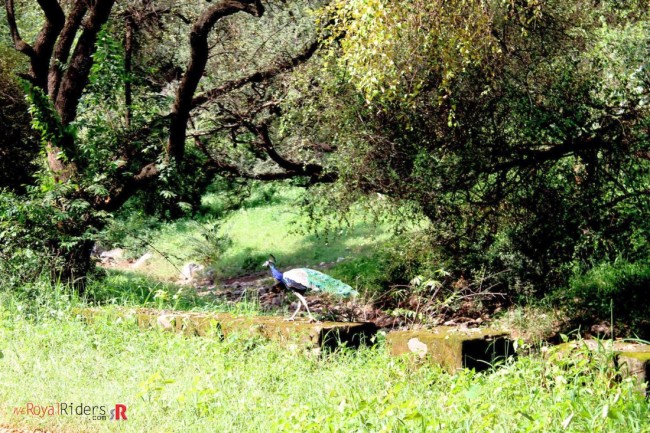 Some more Peacock at Sariska 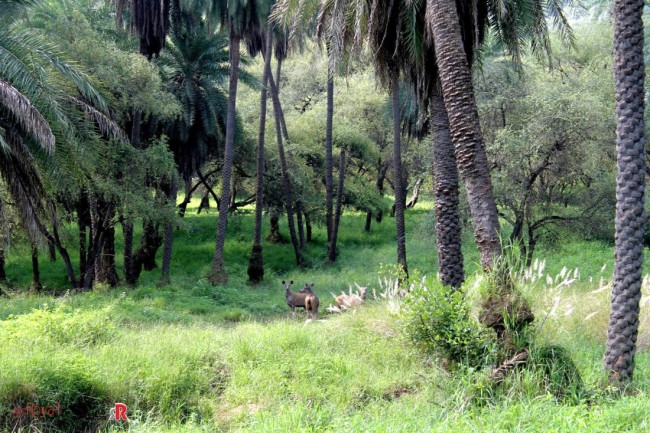 While we spotted various animals, this pathway was flooded with natural beauty, there were water streams, fishes in them and all. It can’t be explained in words , one can only feel it when you are there. In short, you may always want to visit it again.

And for the devotees and people with faith in religion have a treat in center of this park as “Mandir Shri Shri 2008 Shri Hanuman Maharaj Pandupoll”. There is a big story behind this temple. Will try to add it sometime in future. 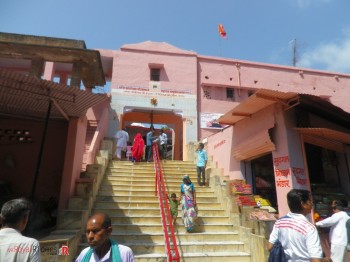 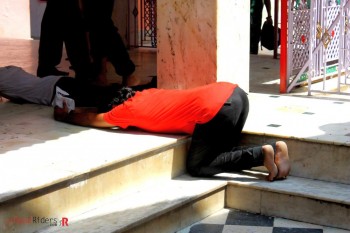 One of the Devotee at Shri Shri 2008 Hunman Temple Sariska

While on visit to temple, we enjoyed some quick snacks in form of Mirch Pakoda with Kadi and tasty which was being sold just beside the temple. It was crowded and now we know that most of the people are more interested in this temple than the National Park. The Langoor at this temple were so much used to with Human that they were usually waiting for us to feed them. One of them came to close to us and even slapped Digvigijay in friendly way when he was feeding him Laddo. 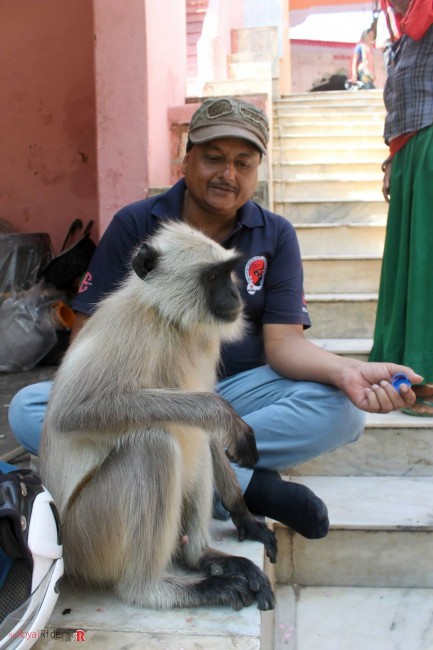 Mr. Khandelwal may look calm here but we know it was a tense moment for him.

After visit to Temple, we returned from Sariska, and this time everybody was slow and was enjoy the natural beauty, some even stopped and had good photo session to capture these moments for lifetime. Although we were returning, still many things were yet to accomplish, including the famous Kalakand of Alwar. We went through busy market of Alwar and purchased many kilograms of Kalakand which is actually a sweet also known as Milk Cake.

And then it was time for food, we went to famous “Prem Pavitra Bhojanalaya” which was a surprise for most of us, it was not like any big restaurant but was packed with people. They had AC dining hall but if you visit it, you will find nothing fancy but only good food. When you first enter it, you see a big traditional Chulha (Wood Hearth) preparing chapati with pure Desi ghee. 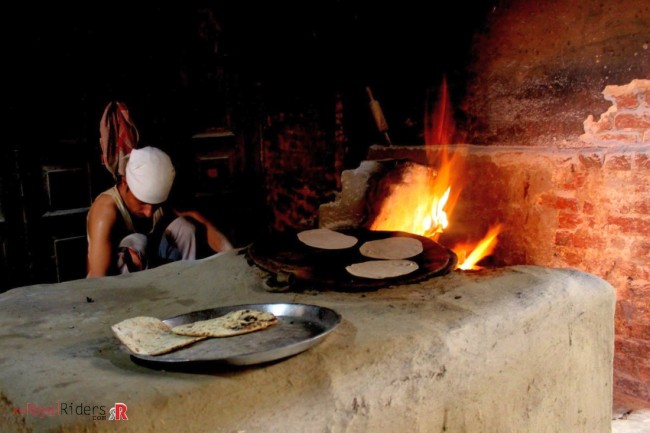 We ordered Dahi Bada, Kheer, Daal and Roti and was tasty as well as satisfying. It is a must try restaurant if you visit Alwar , you enjoy their basic yet traditional preparation along with service. While departing for Agra, we were guest for few minute with Mr. Khandelwal’s relative who also reside in Alwar, he is also a biker as well his friend. They offered us a cold coffee which was tasty and was very much required for the ride after whole day of activities. 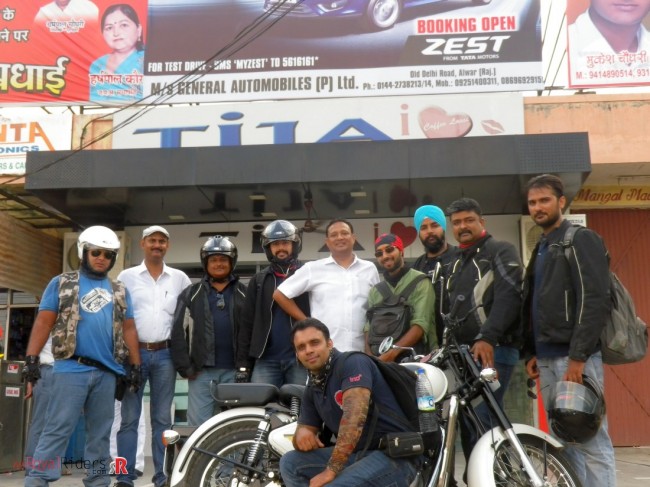 Now our destination was Agra, we took alternate route ie. via Jaipur – Bharatpur road and it was excellent road. Meanwhile we also saw heavy rain but we all were prepared and we enjoyed it a lot. Below we have our route plan. 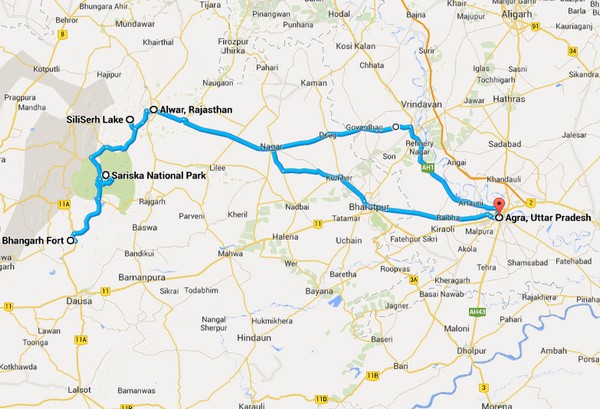 Though as per map, it is around 620 KM journey but it for us it was around 700 Kms of fun and joy. Looking forward for more fun rides in future with weRoyalRiders Agra – The Humanitarian MotorCycling Club.

Meanwhile, if you find any error , typo or have question about thie RIDE or future Rides then feel free to leave your comment, you can also follow us on our FB , twitter, Gplus , instagram channels for updates.