It has never been easy for any of the car manufacturer company to enter/penetrate the upper middle class segment in India. This is due to the variety and heterogeneous behavior of the target markets that the automobile companies have to manufacture different models and design. As we all know that Maruti Suzuki had done its best to cover the market segment of hatchback cars in India. Alto, WagonR, A-star etc. are some of the hatchback cars launched by Maruti Suzuki to carter the needs of Indian upper middle class market segment. But in 2008-09 there came Hyundai as a competitor of Maruti Suzuki in this segment and launched its first ever hatchback car of the segment in India named as i10 and then again in 2010 launched the facelift model of i10. Launching of i20 was the sign that Hyundai wants to enter in this car segment. Aiming to its vision Hyundai is going to launch its new model of i10 named “Grand i10” which was until known by its project name “BA”. 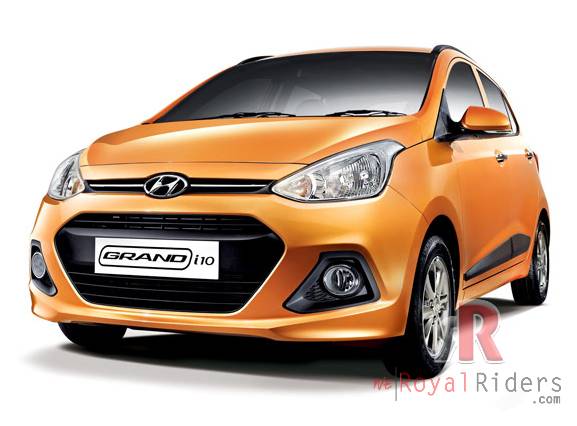 Launch of all new “Grand i10” is in next month i.e September 2013. The car is not the facelift version of previous i10 but, is all new model keeping no change in the mainstream i10 models. It is given a European touch to its exteriors. The car would be available with both petrol and diesel version and more over would be available with automatic gear shift with the higher petrol variants. The petrol engine is the 1.2-litre Kappa dual VTVT unit. It is the second generation, 1.1-litre, U2 CRDi diesel engine. Grandi10 is longer overall by 100mm and also has a longer wheelbase (about 70mm longer). In terms of exterior design, what will be different will be the wider rear door window glass. The interior is crisp and clean. The layout of the dashboard has some familiar bits, but the features themselves are entirely new. Equipped with a 2-DIN MP3 audio player with 1GB of internal memory and a smart key and push-button start combination add a lot of desirability to the interior.

However, the car is expected to come with refined engine and improved overall mileage. When launched, it would one of the most fuel efficient car in its segment. Overall it seems to be a lovely car due to the more space and wider windows. Still much more is there to be known about the car hence waiting for more pictures and test drives. The Grand i10 will most likely be priced in the Rs 4.5 lac to Rs 6.5 lac range. Some of the safety features may be offered only as part of an options package.

So, if this is going to be the Grand i10 than the company have to reduce the price of present models of i10. This might automatically hamper the status of company itself. What so ever is the result but, the main thing is that India is going to get an all new Grand i10 and Maruti Suzuki is going to have a tough competition in the segment.