Home / News / Triumph Motorcycles to be launched in India November 2013 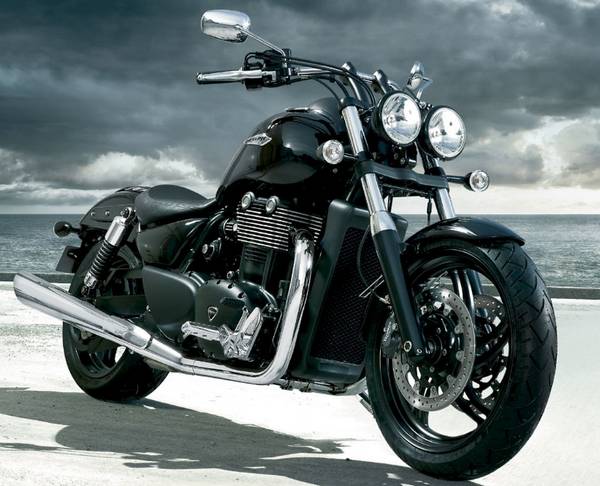 At an event in New Delhi, Triumph Motorcycle Ltd. also announced Vimal Sumbly as its new managing director for India. Mr. Sumbly is former general manager in charge of sales at India’s Bajaj Auto. There are no clear new about the models of motorcycle coming to India but Triumph will use CKD (completely knocked down) route for most of its motorcycles and will be then assembled in India at their Manesar plant which is being built in State of Haryana. Along with, the new planned factory at Narsapura, Bangalore can be used by the company for producing its new bike, which is slated to be available worldwide by the end of 2015.

Triumph is one of the world’s oldest Motorcycle manufacturer, they had started making bikes in 1887 and their first bike was manufactured in 1902. However, as per company, their entry in Indian market is delayed but they are positive about their entry time and also about the future growth of company in India. As per company , they have positive outlook for the world’s second most populous country. They see India as a good market because still premium bike segment is still naive in India and as the disposal power of average Indian is rising, they are are pretty optimistic about their future.

Currently there are no Triumph dealerships open in India. But company have dealers operational and ready take bookings in Delhi, Mumbai and Bangalore during 2013, followed by dealerships in Pune, Ahmedabad, Chandigarh, Jaipur, Chennai, Hyderabad, Cochin and Goa afterwards.

It is also to be noted that soon there be another premium bike brand is coming to India as “Indian Motorcycles” , most probably with their “Indian Chief 2014”. It will be an interesting biking scene as soon we would have almost world’s all premium brands available at our disposal.