Once world’s largest motorcycle manufacturer company “Indian” is all set to launch 2014 version of its one the most successful bike “The Chief” in new avatar. Currently we are seeing lots of teasers , silhouette picture of the bike from the Indian.

The Indian Motorcycles will unveil the new 2014 Indian Chief on August 3 at Sturgis. The bike will be unveiled at an event at 999 Main Street at the Sturgis Motorcycle Museum and Hall of Fame. The unveiling event will also comprise of a guest appearance from Mike Wolfe, interactions with Indian officials and an audio/video tribute to Indian’s past.

As per company, “Widely recognized by motorcycling riders around the world as one of the most iconic motorcycles ever produced, the power and heritage of this beautiful new bike will be available at a price point that is competitive and more accessible to riders who have been anticipating this addition of authenticity and choice to American motorcycles.”

The new Indian Chief motorcycle will be priced at $18,999 and company will be unveiling it at at the 73rd annual Sturgis Motorcycle Rally in Sturgis, South Dakota, which runs August 3-11, 2013. 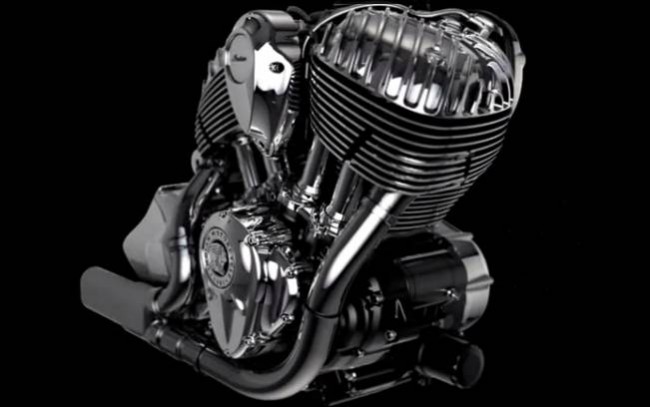 The new Indian Chief will be powered by their newly developed The Thunder Stroke 111 engine and company hopes to give new Chief an iconic presence through their this power-train.

Company said they have chosen Sturgis Rally as it holds classic heritage and was started in 1936 by the local Indian Motorcycle club, the Jackpine Gypsies, and has grown to become the world’s largest motorcycle rally, drawing riders from across the globe. “We found it suitable to unveil the new Indian Motorcycle “Chief” at Sturgis given its heritage at this signature motorcycle event, our team has put their hearts and souls into the design and development of the 2014 Indian Chief. Sturgis is the perfect place to unveil the next generation of Indian motorcycles” said Vice President of Polaris Motorcycles Steve Menneto. .”

Once an Iconic brand, Indian Motorcycle went bankrupt in 1953, however, after many unsuccessful revival attempt by various brands, in 2011 Polaris Industries purchased Indian Motorcycles and relocated operations from North Carolina, merging them into existing facilities in Minnesota and Iowa. Under Polaris, company has grand plans to revive the brand and there are many upcoming models due to release soon. Indian Chief is one such which will be launched this August.