Italian auto maker, Piaggio has introduced a new variant for it’s flagship machine named as Piaggio Vespa under the two wheeler scooter segment of the Indian automobile market. This new variant is termed as VX which has been offered with some new features and specifications as compared to the past launched LX variant. The new VX variant has been launched to provide improvements which and advancement which company gathered through the feedback over their LX variant launched in past. 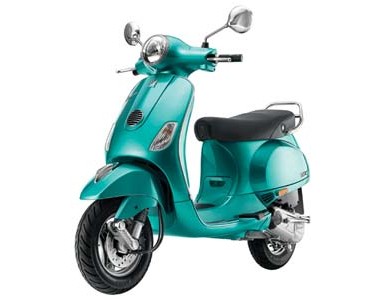 From the launch of Piaggio Vespa VX, company is aiming to enhance it’s portfolio as a trustworthy and reliable competitor in the indian market. Coming towards the new advanced features and specifications of this machine, vespa is known for it’s exciting colors range and amazing styling features which makes it completely iconic in terms of style statement. Adding more colors to lure it’s customers, Vespa VX will now be available in two colors options: Portovenere Verde (which is metallic green) and Vibrante Rosa (which is dual tone red and pink). Both the colors are adding a premium look in it’s overall designed architecture. It comes with the much needed 200mm disc brakes, MRF Zapper tubeless tyres. It also gets a slightly raised saddle handle bar for better grip. It is also manufactured with a cool and refreshed console and comes fitted with a new speedometer. You also have an option of choosing a beige colored seat from the default black.

“After the success of the first phase in Vespa launch with a single model just over a year ago, Piaggio is now moving into the second phase for the expansion of the product range,” Piaggio Vehicles (India) Chairman and Managing Director Ravi Chopra told reporters here. The company had so far sold 52,000 units of Vespa LX since its launch last year, he added.

“We hope to further strengthen the premium segment with Vespa VX,” Mr. Chopra said, adding that the company was not planning to venture into the commuter segment.

Asked if the company is planning to further expand the scooter range, he said, “There can be another product launch by the end of this year. We want to have different products for different consumer needs.” Hence, there will be new launches coming to Indian at regular interval from Piaggio in in Vespa series of scooters.

In terms of power train, the high end model in the current scooter market packs a 125cc, four-stroke, three-valve single cylinder engine which churns a power of 10.06PS at 7,500rpm and 10.6Nm of torque at 6,000 rpm. Despite a higher displacement Vespa VX returns a claimed 60 kmpl of fuel efficiency which is infact a good figure.

The price of Vespa VX is Rs 71,380 and is available for sale on all the leading outlets across the nation.