Update: Even more images of Royal Enfield Himalayan on test spotted, this time its two test mule together on road. Click Here to see those new spied images.

Royal Enfield has a strong presence in worldwide market and is a well known brand among niche bikers however, despite of this, export of Royal Enfield is relatively small, in 2014 , Royal Enfield exported only 6042 units which is a petty figure if we compared to the brand image. Two months ago, news broke out that it had registered the name Himalayan in many markets worldwide, so this time we will see all new Royal Enfield made for global audience. This bike was spotted earlier while testing in Chennai and yet again its spotted with even more clear details and some visible changes. 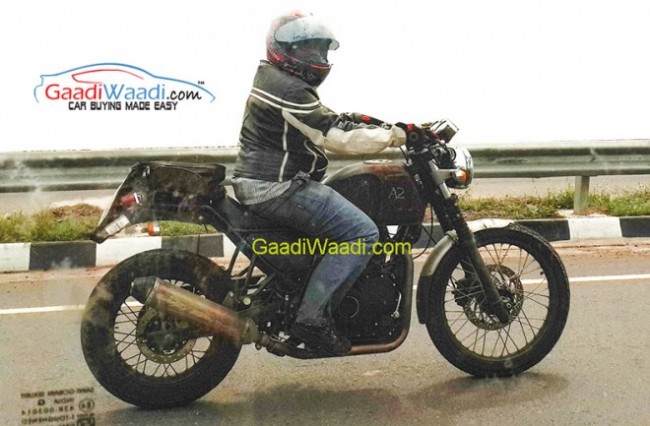 Royal Enfield is using age old platform with continuous enhancement and improvement but it has its limit and at certain point company will definitely need a new platform to explore new horizons. And with recent events, it is quite evident that it is working on something big, it’s gathering up its troops, drying the powder, adding guns and getting ready for a big push. A campaign that will not be restricted to India.

It is rumored, they are working on two new platforms and one of which is supposed to be debut very soon and is being spotted number times, we assume that this new model being tested as adventure tourer will be named as Himalayan. From the recent images, it could be that it is codenamed as A2 internally as shown on its fuel tank.

Another pictures of the upcoming Himalayan biek.

In these new pictures, the bike now features an “off road” exhaust and rest of the stuff looks unchanged from the previous sightings. If we see it closely then we have instrument cluster and front area including front fork and fender from Continental GT. Again it has Mono-shock absorber as rear suspension and dual disk break setup.

The model seems to be in its early ages of testing but is expected to hit market in year 2016, meanwhile we can hope to have something practical as well gorgeous in looks.

Even more pictures of this test mule has been spotted, this time there are two bikes being tested. Quality of images are better than previous spied pictures. 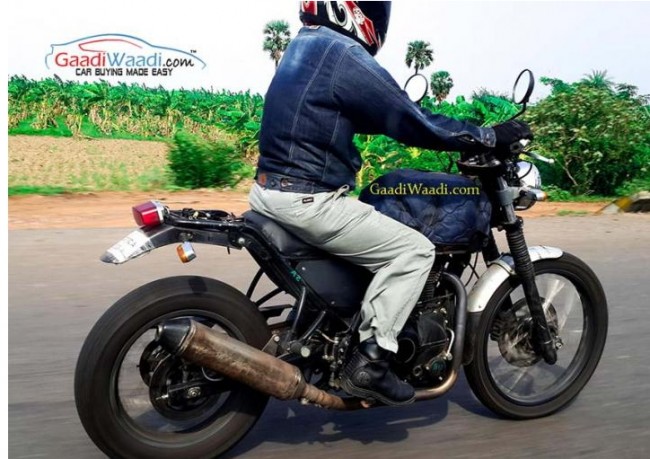 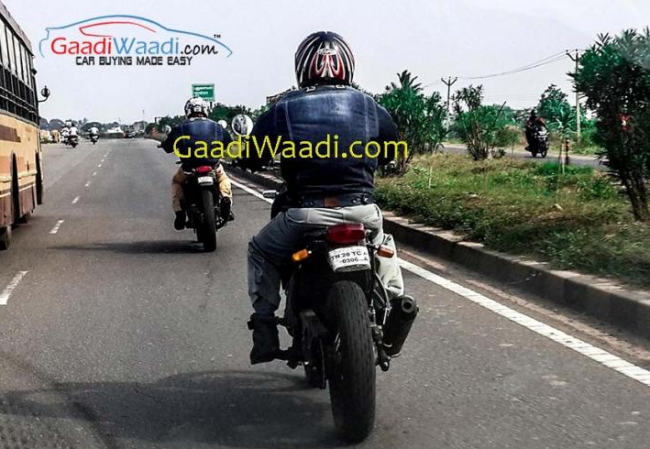 This time it RE Himalayan Duo spotted being tested.