One of the leading automobile manufacturer in India named as Ashok Leyland has announced to launch a new re-badged version of Nissan Evalia as Stile. The era of cross badging has been evolved tremendously in the Indian market from the past 3-4 years. Some of the leading manufacturers have opted for re-badged vehicles in order to enter new segment and to increase sales output as well as profits. Some of the well known player of this era include Skoda, Nissan and Renault have cross badged their models in the Indian market so far and now another reputed automotive giant is going to join the party. 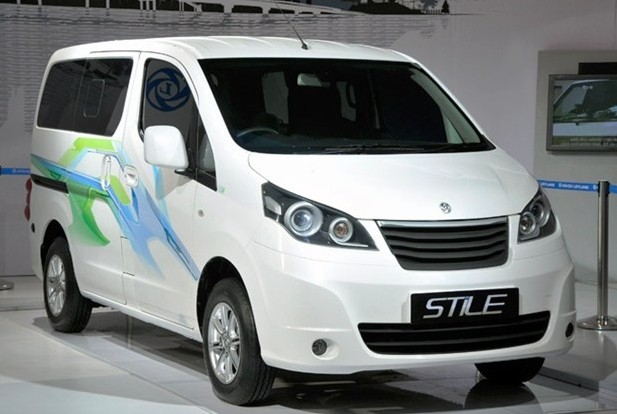 As per the reports, company will launch the re-badged Evalia which will be dubbed as, “Stile” on 16 July 2013. However, Ashok Leyland showcased this new model at the Delhi Auto Show last year in 2012, since then it has been eagerly awaited by fleet operators and tourist vehicle operators alike. The partnership between Nissan and Ashok leyland is not new as earlier they have jointly unveiled the Dost Light Commercial Vehicle which was one of the successful models in the Indian market.

Under the hood, as per the information, the brand new Ashok Leyland Stile will receive the same power train and equipped with 1.5 liter K9K diesel engine that is capable of generating around 86 PS of power at the peak. The engine comes accompanied with a 5 speed manual transmission gear box that will allow the driver to shift gears faster. However, the details regarding the petrol engine for the Stile are still under covers.

It can be assumed that it will undergo with some cosmetic changes and as per the rumors all around it will comes with a well styled front fascia and new tail lamps. The seating arrangement will remain the same while the upholstery along with the seat covers and color of the interior will be changed most probably.

It is also informed that Ashok Leyland is looking forward to offer the brand new Stile MPV with a price tag around Rs. 50000 cheaper than the Nissan Evalia. It will definitely give touch competition to existing MPV in the market and hopefully will be beneficial to end user.