India is a land of diverse cultures and faiths. What may be appropriate in one culture may deem to be incorrect in the other.

Take Fish for example. It is an integral part, to even staple food in Bengali and South Indian culture, so much that even the vegetarian Brahmins would not consider it unfitting to include it in their daily or festive dishes. Where as in Northern India a staunch vegetarian would not touch a fish even with a pole. 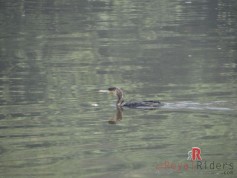 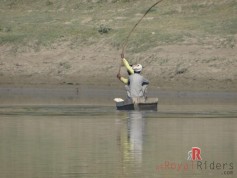 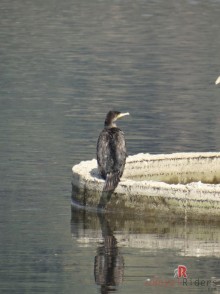 Another bird – need to know its name. 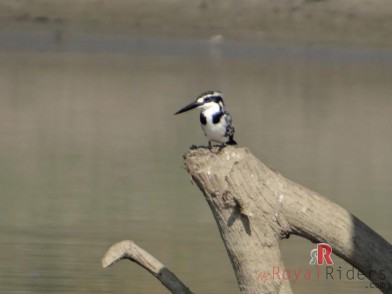 A bird captured in picture by weRR

Royal Riders is one such group of riders, which is fortunate enough to have members from such diverse backgrounds. Sabya Sachi Gosh, a teacher by profession and an artist at heart is one such member, who was recently inducted in the club.

This Bengali gentleman may be living far away from his homeland in Kolkata, but as the saying goes “you just cannot take the fish out of a Bengali”. Sabya was itching to go fishing since long. He proposed a Sunday morning ride to a very nice spot for this leisure activity. A calm place at the banks of river Yamuna 40 kms from Agra (although Agra is situated along the banks of Yamuna but there is hardly any place where one could find tranquility to spend a splendid Sunday morning). 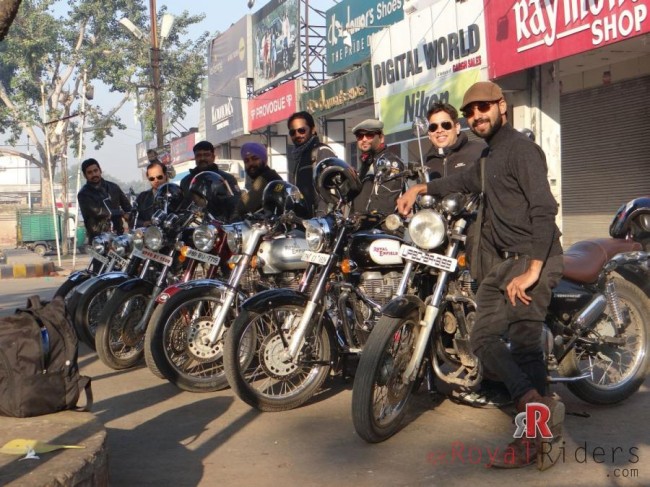 It was decided on short noticed, despite of busy schedule and little time, few Riders of the club managed to join this activity. The ride was announced on official website as well as our FB / Gplus pages . There was immediate interest shown when Sabya tabled the added incentive of hosting cocktails for all first time fishermen. 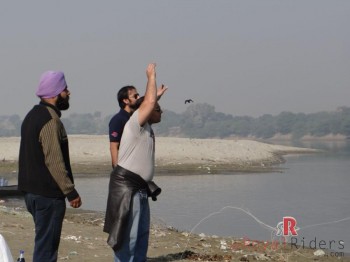 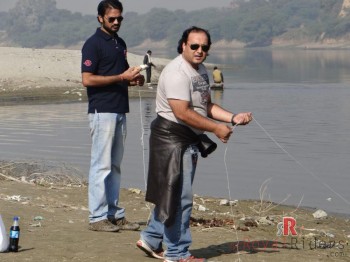 This is how to go fishing even if you don’t have proper gears.

Royal Riders hit the roads from their assembly station at 8:15 a.m. and led by Sabya rode through the country roads at a leisurely pace to arrive at the spot chosen by him. The river had receded a bit and hence the empty banks and fresh sands gave the riders ample opportunity to test their off-roading skills. Some bikes got stuck, but help was at bay to rescue them. 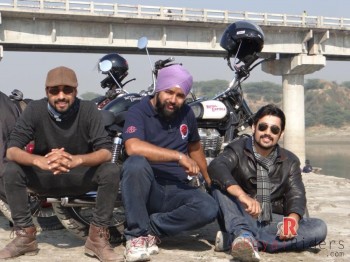 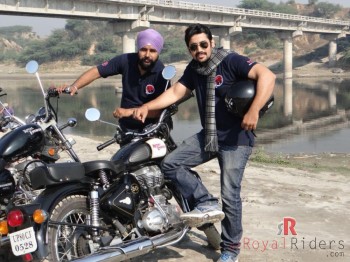 Mr. Harsha and Mr. Digvijay with their Love. 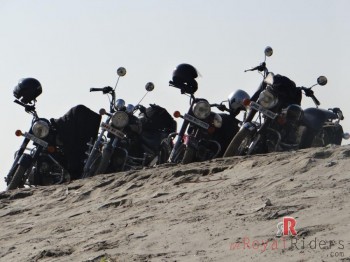 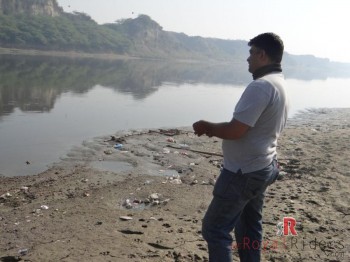 And the Fishing continues

Fishing lines were loaded with baits and set in the river and some extra ones were used by Sabya and his partner Sankalp to coach the first timers. Meanwhile experts at cocktail Mohit and David were preparing drinks for the “weary” fishermen. Aroma of fresh Breakfast of eggs, Poha, Bedai distracted the hungry riders’ attention from the fishing activity and soon enough everybody was enjoying a hearty meal with drinks of their choice at the banks. 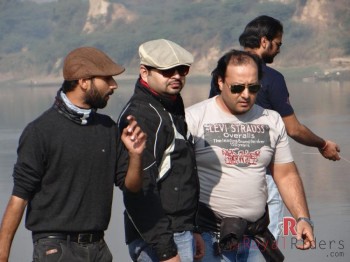 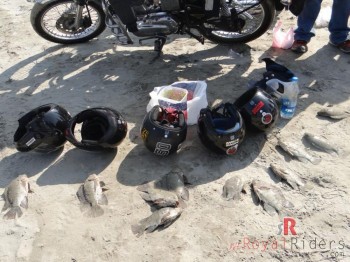 Finally the fishes for the Bengali guy.

As for the fishing…….well we did not have a catch to show, and the thought of how he would face his wife without a single catch was making our true blooded Bengali nervous. But this situation was resolved immediately when we managed to broker a deal with a professional fisherman, and bought half a dozen fishes to show as trophies back home.

The ride concluded with photo session and some lascivious jokes by our very own Harshpal. Other riders who participated were Rajesh Chauhan, Digvijay and myself.

One thought on “Something Fishy about Sunday ! weRoyal Riders go Angling on their beloved Royal Enfields”